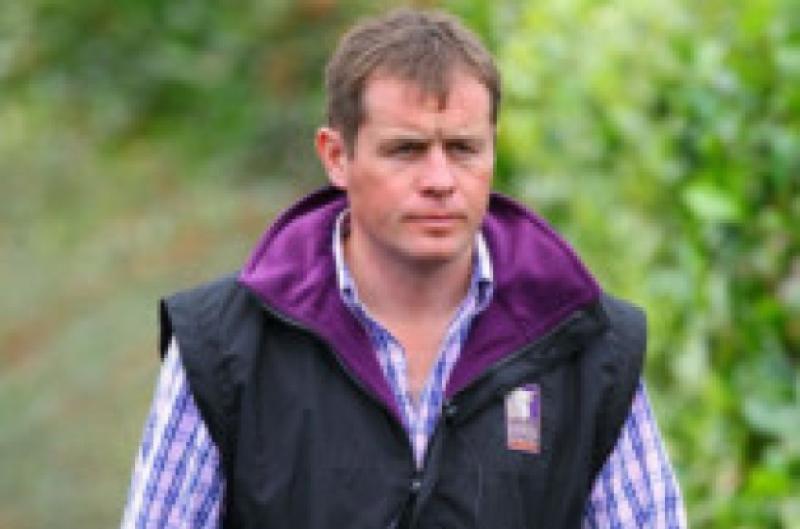 Akasaka landed the feature Christmas Race & Dine Packages Handicap at Dundalk to give trainer Emmet Butterly his first Irish Flat winner after successes in Britain and over the jumps.

Akasaka landed the feature Christmas Race & Dine Packages Handicap at Dundalk to give trainer Emmet Butterly his first Irish Flat winner after successes in Britain and over the jumps.

Six times triumphant on the all-weather track previously, the seven-year-old (7-1) was claimed out of Eddie Lynam’s yard and after switching to the County Donegal-based handler, finished second for his new connections at the track last week. Settled in second by Tom Madden, Akasaka was asked for his effort at the two-furlong pole and quickly established a lead that he held on to by a head despite the efforts of the well-backed Tennessee Wildcat to get to him.

There was a new name on the scoreboard when former US-based trainer Georgios Pakidis, an ex-jockey now based in Co Armagh, landed his first Irish success at the first attempt with Togoville.

Always prominent, the 14-1 shot asserted a furlong and a half out under Gary Carroll in the Crowne Plaza Leading Jockey & Trainer Championship Rated Race and stayed on well to beat The Dancing Lord by half a length.

Michael O’Callaghan’s newcomer Aggression, well-backed into 5-1, showed a decent turn of foot to win the Dundalk Stadium Maiden in the hands of Emmet McNamara, finding a nice gap in the final furlong to beat Sassy But Classy by a neck.

Fran Berry was quickly away on 9-4 favourite Whip Up A Frenzy in the Christmas Party Packages At Dundalk Stadium Nursery and after racing up with the pace, Andy Oliver’s top-weight asserted in the final quarter-mile to score by three-quarters of a length.

The trainer completed a double when the three-year-old newcomer Tom Melbourne (7-1) charged clear to take the Floodlit Friday Nights At Dundalk Maiden by four and three-quarter lengths under Chris Hayes, having had a bit of trouble finding daylight.

James Nash’s veteran Tsar Paul (6-1) has dropped down the ratings and won for the first time this year at the 19th attempt when he was driven clear by regular pilot Ana O’Brien to take the www.dundalkstadium.com Handicap by two and a half.