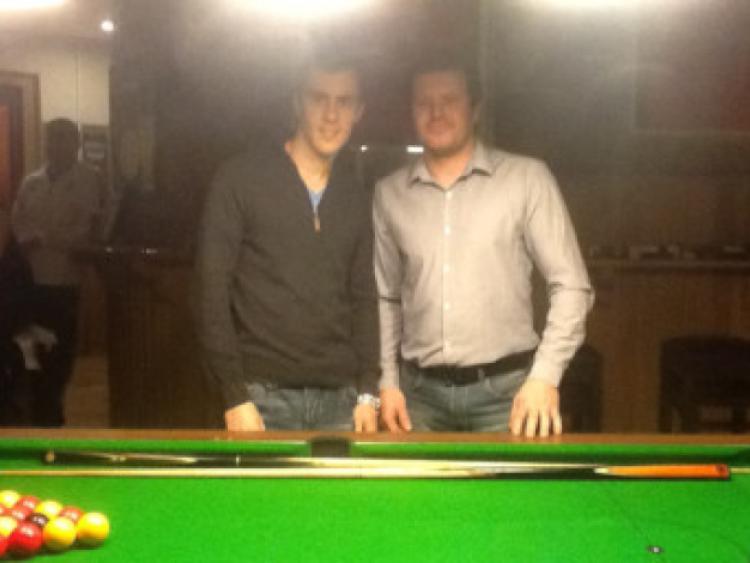 It was Declan who started brightly when he took the first frame with a five ball clearance. The match was level when Declan potted the black in the second frame and the white ball went in off, however he regained the lead with a seven ball clearance in the third frame.

Stephen levelled the match again when he got two shots and he was able to produce a brilliant five ball clearance but after this Declan took control of the match with an outstanding display of pool to win the next three frames and complete a 5-2 victory to book his place in the semi finals.

The second match featured Richard Keeley of the Windmill and Martin Lambe of Jackie Murphy’s and it was Martin who took the first frame when he took advantage of a mistake by Richard. After this, the match turned into a real tactical battle and in every frame Richard came out on top to record a 5-1 victory and book his place in the semi-final against Declan Brady.

The third match was between Tommy O’Hare of Jackie Murphy’s and Graham Baitson of the Avenue Inn Eagles.

Unfortunately for Tommy he never got a real chance as Graham dominated the match. The Dublin county pool player recorded a 5-0 victory and along the way he had two five ball, one seven ball and an eight ball clearance.

The last quarter-final match was between Avenue Inn team-mates Des Reenan and Wayne Rogers and it was Wayne who won a very tactical first frame.

Des broke in the second frame but unfortunately for him he potted no balls and Wayne then proceeded to clear the table to go 2-0 ahead.

Wayne was soon 3-0 ahead and in the fourth frame when Wayne made a mistake Des took full advantage to get a frame on the board. In the fifth frame Wayne broke and cleared the table to move 4-1 ahead and when he made a mistake in the next Des seized his opportunity to leave the score at 4-2 in favour of Wayne.

In the next frame when Des ran out of position Wayne punished him with a simple clearance to complete a 5-2 victory and book a place in the semi-final against Baitson.