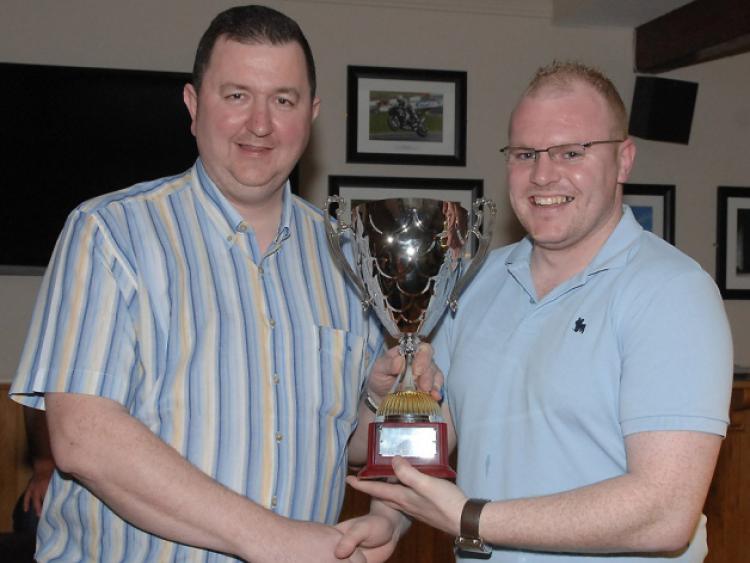 The opening rounds of the Tuborg Dundalk Pool League doubles competition took place last week and before the action got underway the defending champions Des Reenan and Brendan Traynor had to withdraw from the competition due to work commitments.

The opening rounds of the Tuborg Dundalk Pool League doubles competition took place last week and before the action got underway the defending champions Des Reenan and Brendan Traynor had to withdraw from the competition due to work commitments.

In the Avenue Inn, the Harrison’s pair of Gerry Reenan and Paul Kearney qualified for the quarter-finals when they beat both Richard Keeley and Peter McCluskey and Jonathan Smith and Ciaran Sullivan. In both matches they were pushed all the way as they won both by the same 3-2 scoreline.

The experienced Windmill duo of Tony Bellew and Victor Murray also qualified on the night when they beat the Sportsman’s pair Peter O’Hagan and Ted McArdle 3-1.

In the Castle Bar, last year’s runners-up from the Avenue Inn, Stephen Gorham and Pat Brady qualified when they beat the Sean’s Tavern pair Michael Finegan and Mick McNally 3-0 and then the Cluskey’s pair James King and Niall Meegan also by the same 3-0 scoreline.

Also qualifying were the home duo of Liam Johnston and Tiernan Mallon when they came from 1-0 down to beat the Jackie Murphy’s pair of Dermot Connolly and Barry Soraghan 3-1.

In the Windmill Bar, another Avenue Inn pair qualified as Jimmy Reenan and Wayne Rogers won both their matches 3-0. First they accounted for the Sean’s Tavern pair Padjo and Tony O’Hare and then the Castle Bar pair Shane Dillon and Tomas Geroc. Shane and Tomas had earlier beaten the much fancied pairing of John Browne and Joe Lee 3-2.

Unfortunately there was only one match played in Sean’s Tavern and it saw the Avenue Inn pair Jonathan Murray and Ciaran McGuinness advance to the next round when they defeated the local pair John Hoey and Pat Jackson 3-1.

In the only match played in Jackie Murphy’s the Crowe brothers, Bryan and David, advanced to the next round when they defeated the Windmill duo of Anthony Donegan and Declan Grimes 3-1.