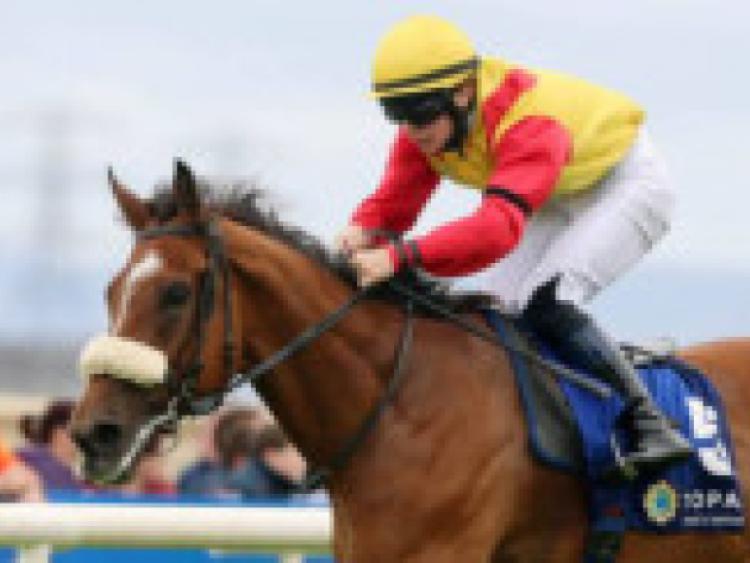 Colin Keane took the riding honours at Dundalk with a double initiated by the John Oxx-trained Palace Of Winds in the Crowne Plaza Hotel Race & Stay Apprentice Maiden.

Colin Keane took the riding honours at Dundalk with a double initiated by the John Oxx-trained Palace Of Winds in the Crowne Plaza Hotel Race & Stay Apprentice Maiden.

A half-sister to a US Grade One winner, the filly was sent off a 15-8 chance to break her duck at the ninth attempt and was never far off the pace set by Bumble Bee Slim before challenging for the lead in the straight.

She was made to work hard by the favourite Bosstime, but Mick Halford’s newcomer seemed to be betrayed a little by inexperience and Palace Of Winds kept on strongly to score by half a length.

Keane also struck on his father Gerry’s 5-1 shot Captain Cullen, finding a nice gap on the inside in the final furlong of the www.jamiemcdonald.org Handicap and coming out best by half a length in a three-way fight with Danseur De Feu and Akasaka.

With the withdrawal of the two experienced runners only three went to post for the Dundalk Stadium Racecourse Of The Year Maiden and as they were all newcomers, the market made for interesting reading.

Prince Connoisseur was sent off the 2-9 favourite and led all the way under Pat Smullen, comfortably holding Edamame all the way down the straight to score by a length, giving trainer Johnny Feane his first winner.

Kevin Manning had Grey Danube quickly away in the Dundalk Driving Tourism Forward 28th February Handicap and Darren Bunyan’s 5-1 shot saw off Above The Law up front before beating Blue Bullet by two and a half lengths in commanding style.

Cristy’s Call (6-1), a narrow runner-up on his previous two starts, was driven clear by Michael Hussey to take the first division of the Crowne Plaza Hotel Race & Stay Handicap, while Horsewithnoname (8-1) stormed right away under Connor King to win the second division .

Conor Hoban charged down the outside to pounce on Gretzky (5-1) in the Jamie McDonald Great Canada Run Handicap, winning by three-quarters of a length.