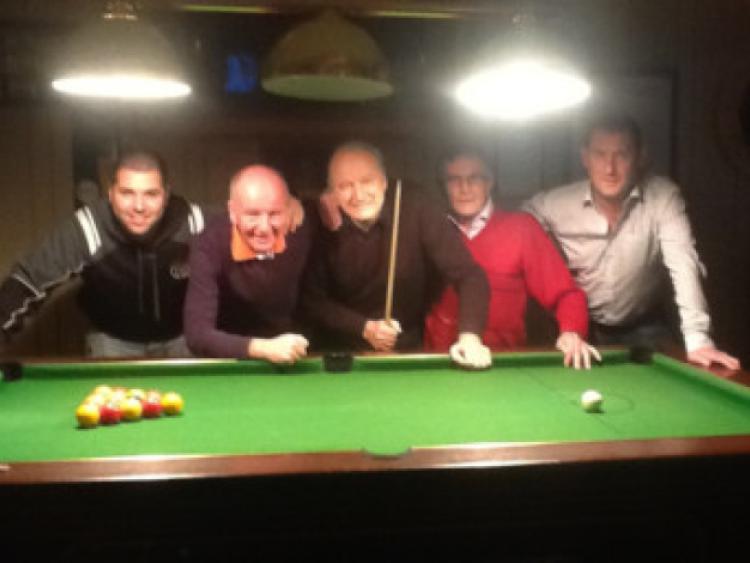 In the final week of action in the Dundalk Pool League sponsored by Tuborg, Avenue Inn United recorded their first victory of the season when they beat the much fancied Harrison’s Blue.

In the final week of action in the Dundalk Pool League sponsored by Tuborg, Avenue Inn United recorded their first victory of the season when they beat the much fancied Harrison’s Blue.

The match didn’t start well for the Avenue team when their captain Jonathan Smith was beat 2-1 by Brendan Reenan. Their players responded to win the next three matches with victories for Jonathan Murray, Ciaran Sullivan and Ciaran McGuinness. The reliable Kieran Grimes got a bonus point for Harrison’s when he beat Shane Gorham 2-1 in the final match.

Also at the Avenue the league champions Avenue Inn Eagles entertained Castle Bar Traders and it was the visitors who started best as Stephen McBride beat team captain Des Reenan 2-0.

In division two Sean’s Tavern were hoping to continue their good run of form when they entertained second in the table Windmill Black. It was the visitors who started best when Declan Grimes beat Pat O’Hare 2-1, but Tony O’Hare levelled the match when he beat Chris Caulfield 2-1.

Windmill went in front again when Peter McCluskey beat Pat Jackson 2-0 and again Sean’s levelled the match when Martin Hayes beat Tetley Martin 2-1. It was now down to the decider between the team captains Don O’Brien and Eamonn Farrell and it was the Don O’Brien who played the best pool to win his match 2-0 and give Sean’s Tavern a 3-2 victory.

The league now takes a break for Christmas and the action will resume on January 6.