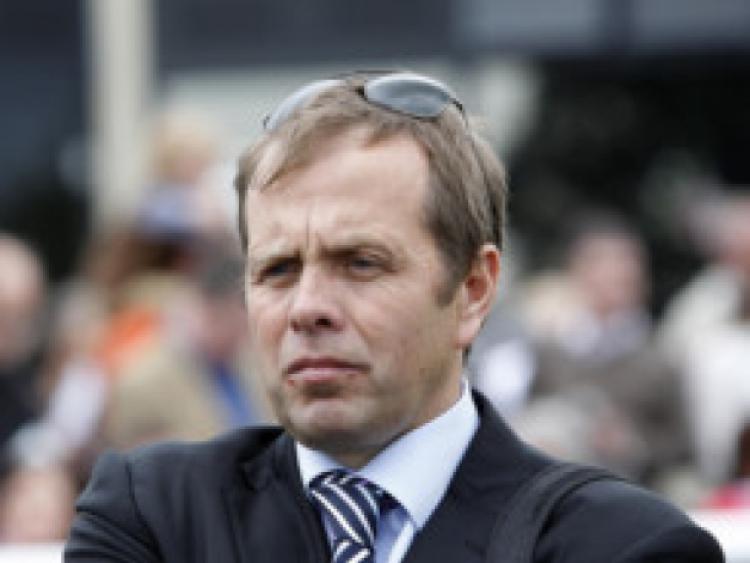 Magnolia Beach gave odds-on punters a minor scare before stepping forward from his promising debut run to win the Irish Stallion Farms EBF Maiden under the lights at Dundalk.

Magnolia Beach gave odds-on punters a minor scare before stepping forward from his promising debut run to win the Irish Stallion Farms EBF Maiden under the lights at Dundalk.

Ger Lyons’ son of Footstepsinthesand, second on the all-weather track last month, was smartly away under Emmet McNamara and travelled nicely into the lead a furlong out, where everything seemed to be going to plan.

But Princess Pearlita put in a determined challenge and the 2-5 favourite had to pull out the stops to hold her off by half a length.

Sabrina Harty landed a first double, begun when a patient Ronan Whelan finally found a gap on Have A Nice Day in the Dundalk Stadium Light Up Your Night Handicap and slipped the 9-4 favourite into overdrive to beat Stoichkhov by a neck.

Then Colin Keane hit the front a quarter of a mile out on top-weight Ned’s Indian (7-2 joint-favourite) in the first division of the Crowne Plaza Leading Jockey & Trainer Championship Handicap and won comfortably by a length and a half.

Mick Halford’s eight-year-old Cebuano (11-4) has been a frustrating horse, finishing second 11 times in 22 starts ahead of the Ireland v England Stablestaff Soccer International Handicap, but in a first-time visor he routed the opposition to win by two and a quarter lengths under Shane Foley.

Billy Lee quickly grabbed the lead on David Wachman’s Dark Skies (8-1) in the Crowne Plaza Race & Stay Package Nursery and the Gigginstown House Stud-owned youngster galloped on resolutely down the straight to hold favourite Beauty’s Forte by a length and a half.

Garvan Donnelly’s well-backed 7-2 shot Ningaloo Reef landed his first victory since posting a double 15 months ago when forging ahead late on to take the Floodlit Friday Nights At Dundalk Apprentice Handicap by half a length under Gary Phillips.