Another Kearney pair making a splash 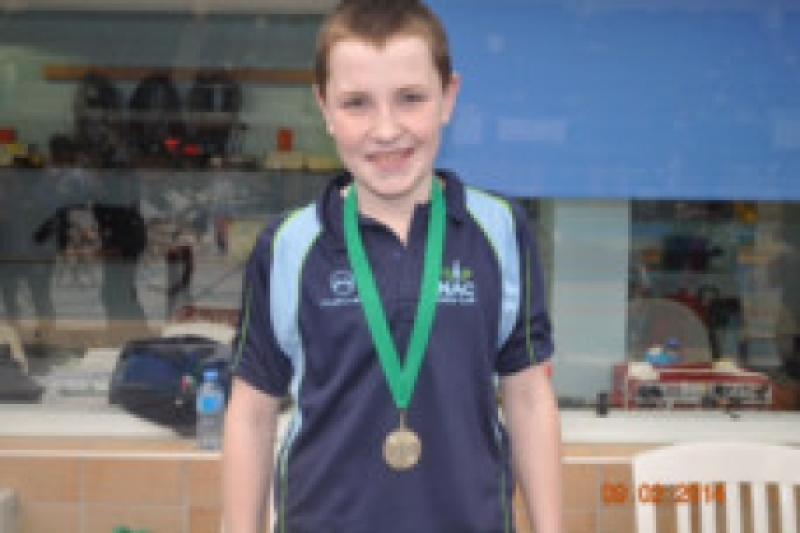 Forget about Rob and Dave, there’s a new pair of Kearney siblings making their mark on the local scene!

Forget about Rob and Dave, there’s a new pair of Kearney siblings making their mark on the local scene!

Inniskeen duo Cathal Kearney and his younger sister Aoife travelled to the National Aquatic Centre (NAC), Dublin on February 9 to represent their school, St Daigh’s NS, Inniskeen in the All Ireland Minor Schools Swimming Championships and both made a big impression at the event.

Cathal swam personal bests in both the U12 50m Freestyle and 50m Breaststroke, ranking him 2nd in both events going into the finals.

The Freestyle final was up first and Cathal, swimming another personal best, won the gold medal in a fantastic time of 28.92secs. This was the fastest time clocked in the pool on the day and Cathal was only boy to swim sub 29 seconds.

Having only 10 minutes to prepare for the Breaststroke final proved too much for Cathal and, despite putting everything he had left into the race, he was just pipped at the finish into 4th position.

Aoife made the finals in her events, the 50m Backstroke and 50m Freestyle, but on the day she was unlucky to be beaten into 4th position in both races by the narrowest of margins.

In order to qualify for this event, the Kearneys had to swim in the the Ulster Schools Championships.

Here, Cathal retained his Ulster title in the 50m Freestyle making it three titles in a row. He also took home the bronze medal in the 50m Breaststroke in a closely fought contest.

Aoife won gold in the 50m Backstroke and finished 4th in the 50m Freestyle.

The duo, who travel to the NAC in Dublin and Aura in Dundalk to train, have a bright future ahead.