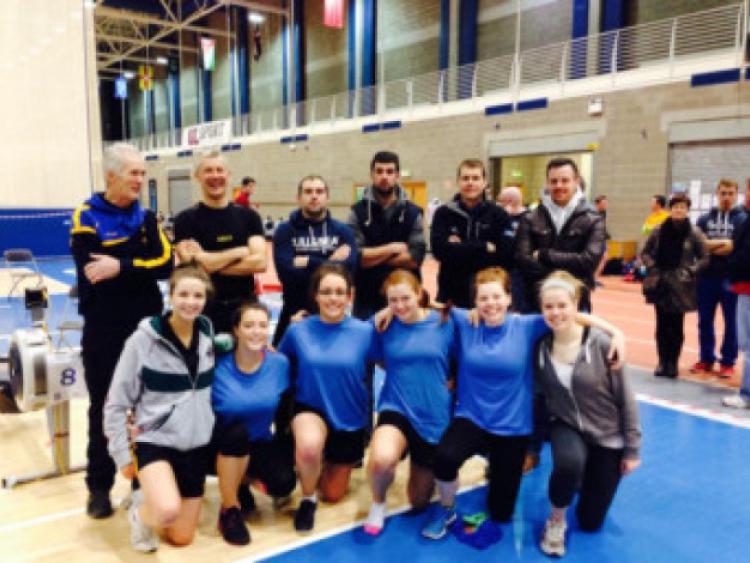 Renowned more for their tug of war exploits, a group of 10 St Pat’s members travelled to Limerick recently to take part in the Irish National Indoor Rowing Championships.

Renowned more for their tug of war exploits, a group of 10 St Pat’s members travelled to Limerick recently to take part in the Irish National Indoor Rowing Championships.

Having won numerous tug of war world titles in places like Scotland, Spain and Italy, the club have recently branched out and have been encouraging people to take up indoor rowing.

Most of the participants who went to Limerick had only a maximum of six months experience under their belts. They also faced competition from national rowing clubs from America, Canada and Europe. Therefore the mindset was very much ‘just do your best, leave it all on the machine’.

This was a remarkable achievement for a small, but ever expanding, amateur group who do their training in a ‘shed’ in Courtbane.

It is testament to the commitment of all the rowers, to the training they do, and to the time put in by trainer Hugh MacConmidhe.