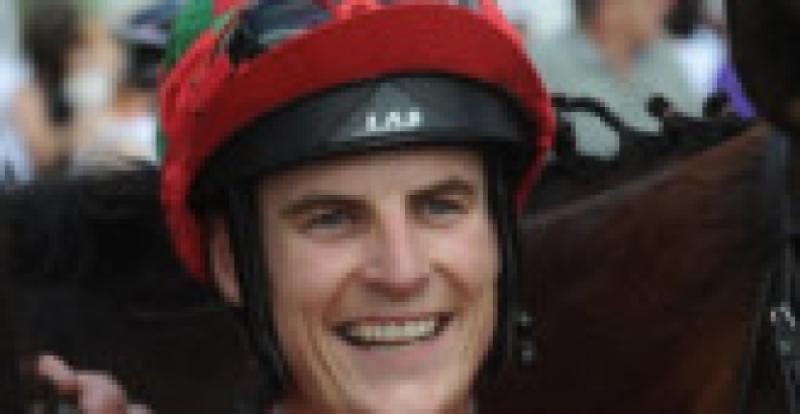 Slipper Orchid had a productive season last year and she opened her account for 2014 on her seasonal debut in the feature www.dundalkstadium.com Handicap at the all-weather track on Friday night.

Slipper Orchid had a productive season last year and she opened her account for 2014 on her seasonal debut in the feature www.dundalkstadium.com Handicap at the all-weather track on Friday night.

Running for the first time since finishing just outside the places in a hot race at Leopardstown last August, the Mick Halford-trained mare was sent off a 16-1 chance.

Damien Melia gave her a quiet ride and produced her up the far rail to lead deep inside the final furlong to beat last year’s winner Strait Of Zanzibar by three-quarters of a length, with the odds-on English Deer unable to get in a telling blow.

I’vegotafeeling showed enough promise when second last time to suggest there was a race in him and he led nearly all the way to take the Happy Mother’s Day Weekend At Dundalk Stadium Median Auction Maiden.

Charlie Swan’s 2-1 joint-favourite was threatened by Wateed in the closing stages and did the runner-up no favours as he edged slightly left before passing the post with a length to spare under Billy Lee.

Fran Berry wasn’t hanging about as he drove Fine Cut into a prominent slot in the Dundalk Stadium Racecourse Of The Year Handicap and after leading at the top of the straight, Tommy Stack’s 7-2 shot cleared away to win by five and a half lengths.

The jockey went close to a double in the same JP McManus colours when he flew up the rail on Mad For Road in the Champions Restaurant At Dundalk Stadium Handicap, but Leigh Roche kept Shane Duffy’s Faranadooney (20-1) going to hold on by a short head.

Oliver Brady’s regular place-getter Shabra Emperor (8-1) stormed down the outside under Connor King to land his second victory in 57 career starts in the Crowne Plaza Hotel Race & Stay Handicap, winning by a length.

Favourite No Wunder looked to be going best in the Fund Raising Made Easy At Dundalk Median Auction Maiden, but didn’t find much when push came to shove and Chris Hayes drove the Paul Deegan-trained Sinndar Desert (2-1) to victory by a neck from Westpieser.​