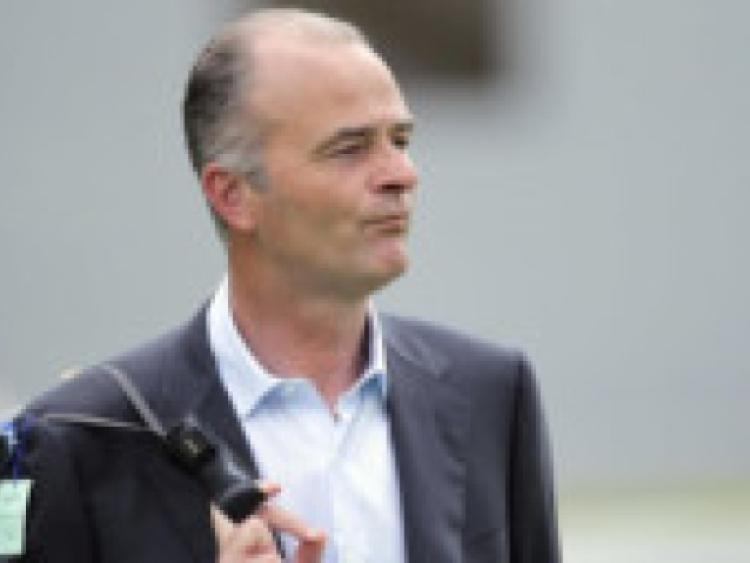 Eddie Lynam landed a double under the Dundalk lights courtesy of newcomer Soft Power in the Crowne Plaza Hotel Race & Stay Maiden and Wishyouwerehere in the Dundalk Stadium Racecourse Of The Year Handicap.

Eddie Lynam landed a double under the Dundalk lights courtesy of newcomer Soft Power in the Crowne Plaza Hotel Race & Stay Maiden and Wishyouwerehere in the Dundalk Stadium Racecourse Of The Year Handicap.

Carrying the colours made famous by crack sprinters Sole Power and Slade Power, three-year-old Soft Power was sent off the 2-5 favourite for her introduction to the racetrack and was given a confident ride by Pat Smullen.

The filly cruised up to the lead going to the final furlong in the seven-furlong contest and was not hard pressed to go clear before beating Osuileabhain by six lengths.

Lynam had already struck with the maiden Wishyouwerehere, as the 7-4 favourite cut down Count Of Carabass close home to win by three-quarters of a length under Niall McCullagh.

Maontri is still making rapid strides judged by the way the seven-year-old mare put the opposition to the sword in the www.dundalkstadium.com Handicap, completing a January hat-trick at the track despite a 25lb rise in the ratings.

Matty Tynan’s 15-8 chance was given a nice tow by the front-running Cash Or Casualty and led at the top of the straight before clearing away under Colin Keane to score by three and a quarter lengths from Captain Cullen.

Fairy Court (14-1), an eight-year-old gelding wearing blinkers for the first time and trained by Thomas Cummins, landed an extraordinary victory in the Follow Dundalk On Facebook Handicap, building up a 15-length mid-race lead under Ian Queally and galloping on strongly to win by eight and a half lengths.

Conor Hoban soon tacked across to lead on Above The Law in the Floodlit Friday Nights At Dundalk Rated Race and Andy Oliver’s 4-1 shot, wearing a first-time hood, kept on well to score by three lengths.

Garvan Donnelly’s Lily’s Prince (10-1) seemed to enjoy the open spaces down the outside as he put in a long, smooth run under Gary Phillips to grab Runaiocht in the shadow of the post for a half-length success in the Jolly January Dining Handicap.