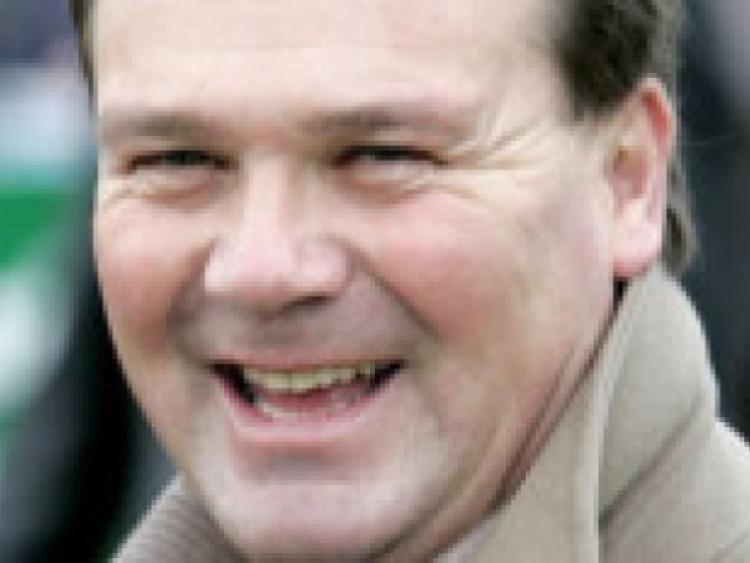 Zarib carried the Aga Khan’s colours to victory on his third start in the Irish Stallion Farms Median Auction Maiden under the lights at Dundalk on Friday night.

Zarib carried the Aga Khan’s colours to victory on his third start in the Irish Stallion Farms Median Auction Maiden under the lights at Dundalk on Friday night.

Mick Halford’s son of Azamour, third over course and distance last time, raced in third place under Declan McDonogh as favourite and eventual runner-up Vector Force shared the pace with Method In Madness.

These two were still in front turning into the straight, but Zarib (7-2) put in a sustained run down the outside and the youngster hit the front inside the final furlong to score by a length.

Halford completed a double when course regular Lord Kenmare (6-1) burst through a gap inside the final furlong to take the Christmas Party Nights At Dundalk Stadium Handicap by three-quarters of a length under Shane Foley.

Eddie Lynam’s juvenile Lady Mega (3-1 joint-favourite), who had finished second on her debut, snatched the Irish Stallion Farms EBF Maiden right on the line after Have A Great Day made a brave effort to lead all the way.

Chris Hayes quickly grabbed the rails berth and made the best of his way home, but 10lb claimer Robbie Downey pulled the winner out to challenge heading to the final furlong and she just got there, taking the prize by a nose.

Downey then doubled up when going clear on Peter Casey’s Rose Angel (9-2 co-favourite) before holding Whitethorne Scent’s late charge by a head in the second leg of the Christmas Party Nights Handicap.

The post came just in time for Ronan Whelan on John Joe Walsh’s long-time leader Longfield Lad (9-2 favourite) in the first division of the Crowne Plaza Hotel Race & Stay Handicap, while the second division was won comfortably by Wayne Lordan on 11-4 favourite Under Review for the Michael Browne yard.

Gordon Elliott’s 7-4 favourite High Net Worth sauntered to an easy three-length victory in the Follow Dundalk On Facebook Maiden under Emmet McNamara.