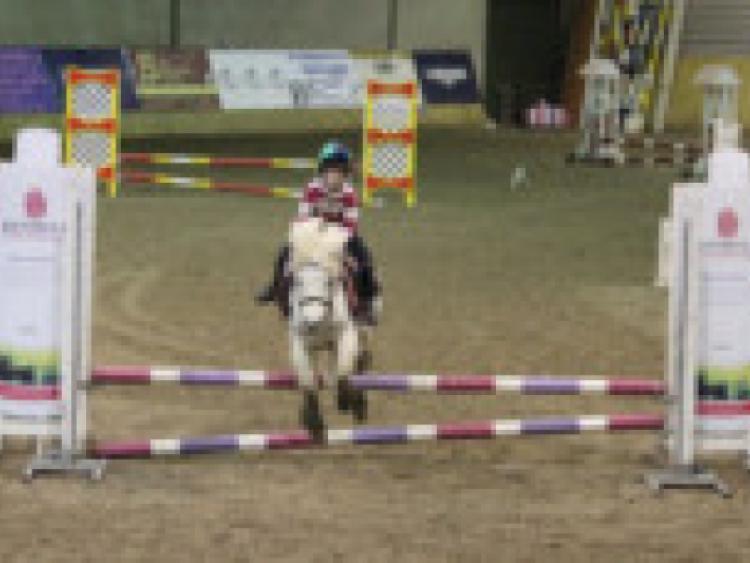 With five weeks of the winter and spring season under their belt, show organisers at Ravensdale Lodge are gearing up for the first of their three annual national level Grand Prix.

With five weeks of the winter and spring season under their belt, show organisers at Ravensdale Lodge are gearing up for the first of their three annual national level Grand Prix.

While weather conditions have been disappointing to say the least for the early part of the season numbers have held up at the centre as combinations continue to look for the comfort of a roof over their heads to stay warm & dry.

With a prize fund of €3000 this show is sure to attract its usual following of high calibre riders from around the country eager to get their foot on the ladder in the league not to mention a slice of the prize fund!

Talented young Derry rider Daniel Coyle has won the last two renewals of the Grand Prix class at Ravensdale Lodge as he went on to win back to back victories in the league on board Linzi Johnston’s mare Uptown Girl. The partnership are ominously signalling their intent by launching their attempt to win an unprecedented three in a row of league titles by having an entry in this weekend’s first leg of the league at Cavan Equestrian Centre. They will certainly be among the combinations to watch over the coming weeks and months.

For the second year running all entries for this show must be pre entered through the SJI office, contact number 045852230 by lunchtime Thursday, February 25.

While Sunday’s Spring Tour Grand Prix may be the stand out show of the week at Ravensdale Lodge there is still plenty going on at the centre throughout the week ahead.

There will be a great opportunity for combinations to warm up for the Spring Tour Grand Prix at Thursday’s Crowne Plaza SJI registered indoor horse show which has a start time of 11am and six modified classes from 80cm (M) to 1.30m (M).

This run of shows which features a mix of show jumps, portable cross-country & derby type fences is proving very popular with a broad appeal to working hunter combinations, producers of young event horses and hunt enthusiasts.

There will be no indoor dressage competition this coming Sunday due to the scheduled O’Reilly’s Wholesalers Newry Spring Tour Grand Prix but dressage will return the following Sunday, March 9 with the usual start time of 2pm.