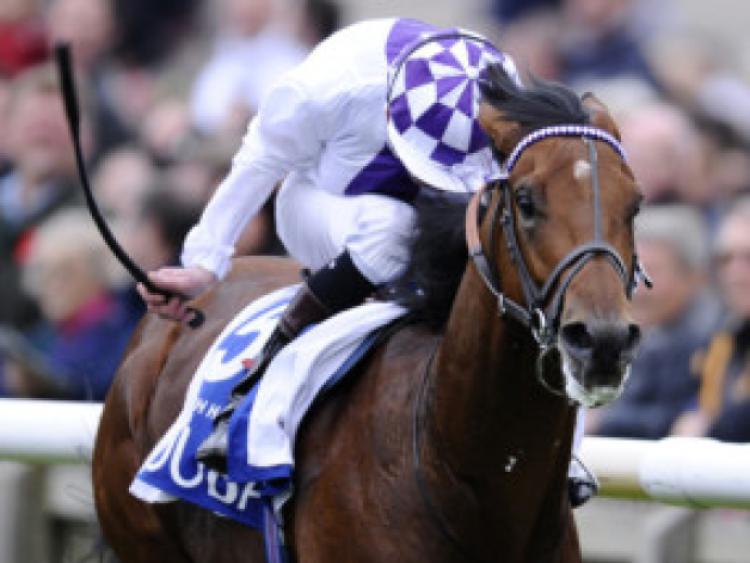 Jim Bolger’s high-class colt Parish Hall made the most of a drop down to Group Three company as he landed the Diamond Stakes on the all-weather surface at Dundalk.

Jim Bolger’s high-class colt Parish Hall made the most of a drop down to Group Three company as he landed the Diamond Stakes on the all-weather surface at Dundalk.

The four-year-old returned from a long summer break with a promising fourth in the Irish Champion Stakes last month and was sent off a 7-4 chance to step forward from that.

Kevin Manning tracked favourite Afonso De Sousa for most of the way and after taking closer order approaching the straight, Parish Hall edged in front a furlong and a half out before keeping on to score by a length and a quarter, with Manalapan grabbing second.

Afonso De Sousa’s trainer Aidan O’Brien had earlier struck with Cristoforo Colombo, who went into the Crowne Plaza Race and Stay Race with just two runs this season under his belt and began making up for lost time with a gutsy victory.

The 4-5 favourite slotted in at the back of the field and was pulled wide to challenge by Joseph O’Brien, hitting the front a furlong out and comfortably holding Tennessee Wildcat by a length.

Ger Lyons’ Miss Mousey (14-1) was smartly away in the hands of Colin Keane in the Irish Stallion Farms EBF Median Auction Fillies Maiden and after racing prominently, had enough in the tank to hold Backdrop by three-quarters of a length.

There were more celebrations for Jessie Harrington as 7-2 favourite Banker Burkeforged two lengths clear under Niall McCullagh in the first division of the Dundalk Stadium On Facebook Handicap to add to the trainer’s four-timer at Gowran.

Paul Deegan’s 9-10 favourite Aussie Valentine, who ran with promise on his Curragh debut, led all the way in the Irish Stallion Farms EBF Auction Maiden, comfortably scoring by two lengths under Chris Hayes.

Seamie Heffernan brought Cardinal Palace (14-1) with a sweeping run to take the Christmas Party Nights At Dundalk Stadium Handicap, while Robbie Downey drove Doc Holliday (6-1) clear in the Crowne Plaza Leading Jockey and Trainer Apprentice Handicap and then held on by a short head.