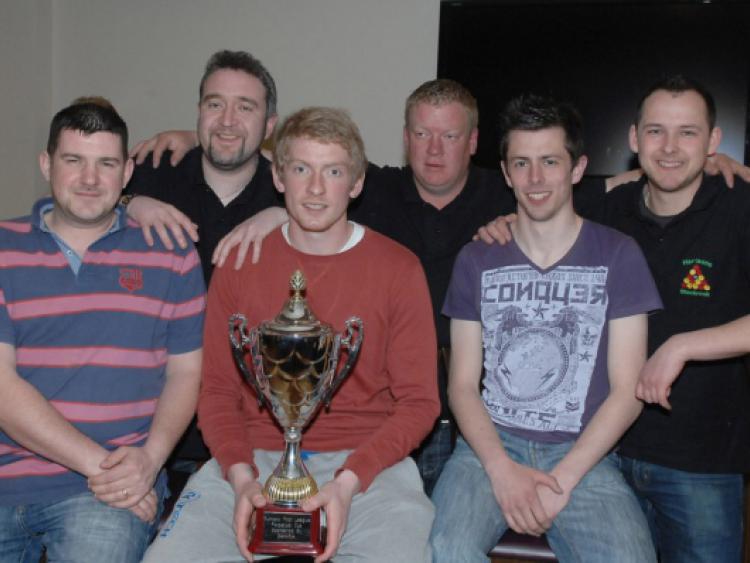 The league has now expanded to 15 teams with several pubs entering for the first time.

In Division One Harrison’s Blue travelled to play Windmill Red and they recorded an excellent 5-0 away win.

Best for Harrison’s were Ciaran Renaghan and Paul Kearney and only Victor Murray and Tony Bellew picked up consolation frames for the Windmill.

The Sportsman’s, making their debut in the league, hosted last year’s runners up Avenue Inn Rovers and it was the Avenue who were in top form as they won the match 5-0.

Best for the Avenue were Aidan Kinsella and the experienced John Browne.

The final match in Division One featured Avenue Inn United and Castle Bar Traders and it was the traders who were on top form as they rattled off three quick victories to establish a 3-0 lead. Ciaran McGuinness defeated David McGill to get a consolation for the Avenue before Ciaran Sheridan completed a fine victory for the traders when he defeated Alan Burke.

In Division Two newcomers Callan’s recorded an excellent 3-2 away win at Sean’s Tavern with victories for Odhran Mulligan, Alan Duffy and Ciaran Rooney. Don O’Brien and Martin Hayes were on the score sheet for Sean’s.

Castle Bar Baize got their season off to a good start when they defeated Avenue Inn Swifts 4-1 with good victories for Mattie Hoey and Tomas Geroc. It was the Avenue captain Thomas Mulvey who got a consolation win for his team.