O’Brien’s look to have another star in the making 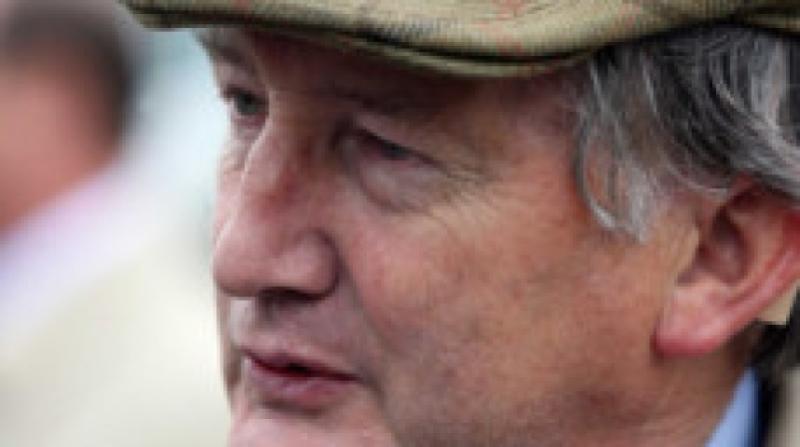 Folk Law (8-1) sprang something of a surprise at Dundalk when pouncing late to deny the highly-regarded Dandyleekie in the feature race of the day, the Irish Stallion Farms EBF Premier Nursery Handicap on Friday night.

Folk Law (8-1) sprang something of a surprise at Dundalk when pouncing late to deny the highly-regarded Dandyleekie in the feature race of the day, the Irish Stallion Farms EBF Premier Nursery Handicap on Friday night.

The latter had chased home Dick Whittington back in June but he was unable to repel the late challenge of Tommy Stack’s filly, who was turning in a career best effort in recording a half-length success.

The O’Brien family might have another star on their hands as 16-year-old Donnacha, a younger brother of champion jockey Joseph, rode his first professional winner aboard 4-6 favourite Quartz in the Dundalk Stadium Apprentice Maiden.

It was a nice moment for the family with father Aidan training the winner, who is himself a half-brother to the high-class Kingsbarns, and he looks to have a bright future judged on his cosy half-length defeat of Duchess Andorra.

Caspian Prince benefited from an astute bit of placement from Worcestershiretrainer Tony Carroll as he regained the winning thread in the opening Dundalk Stadium Race.

The Epsom Dash hero had My Good Brother for company for much of the early exchanges but, although having to be rigorously ridden a furlong out, he quickly put his stamp on proceedings and had a length and a quarter in hand over Flight Riskat the finish.

Kimbay confirmed she is a filly on the upgrade when running out an easy winner of the Crowne Plaza Hotel Handicap. Rory Cleary was content to track the leaders on the 5-1 shot in the early stages but the recent Naas runner-up was always travelling powerfully and quickly put the race to bed once given the licence, coming home a length and a quarter to the good from Ability N Delivery.

Jessie Harrington looks to have another nice juvenile on her hands in Lola Beaux, who displayed a really good attitude when seeing off hot favourite General Marshallby three-quarters of a length in the www.dundalkstadium.com maiden.