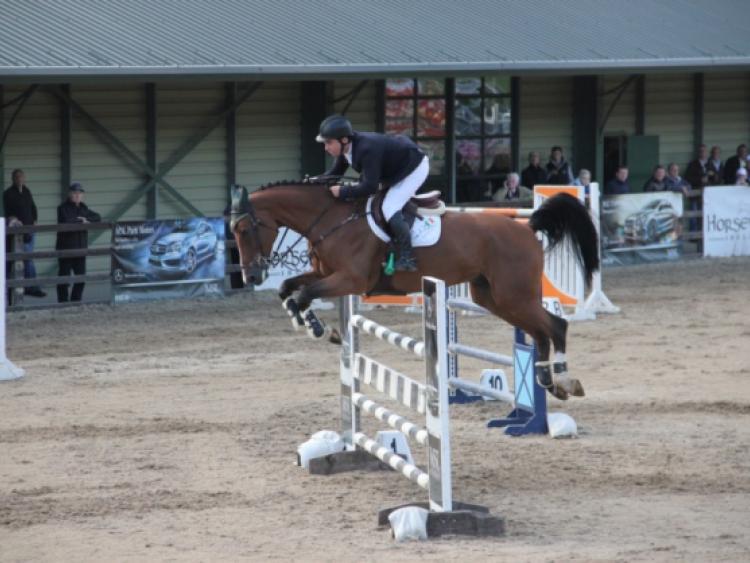 Ravensdale Lodge are set to run the opening round of the Autumn Grand Prix League during their weekend show this coming Saturday and Sunday.

Ravensdale Lodge are set to run the opening round of the Autumn Grand Prix League during their weekend show this coming Saturday and Sunday.

Sponsored once again by MSL Mercedes-Benz, the Grand Prix class carries a purse of €3000 and valuable early points towards the overall Autumn Grand Prix League.

It is intended to open up the outdoor fibre sand arena to its extended 100m x 40m dimensions once again for this two day show which commences on Saturday, September 13 at 9am.

There are five SJI registered horse classes ranging from 90cm to 1.30m set for Saturdays show which will be run to the same format as the very successful 2013 show which saw large numbers jump on both days.

There are four classes scheduled to take place on Sunday, September 14, starting at 9am with a 1.10m class. The next two classes, the 1.20m and 1.30m are sponsored by beepbeep.ie, the used car website you can trust, and with prize money of €500 up for grabs they are sure to be busy classes.

This is the first collaboration between the car website and Ravensdale Lodge following on from the successful partnership with MSL Mercedes-Benz who are set to sponsor the feature class once again this year.

The final class of the weekend will be the 1.40m MSL Mercedes-Benz Autumn Grand Prix which carries that valuable prize fund of €3000. Last year saw a titanic battle between some of the world’s top show jumpers who came out in force to try and win the class.

In the end it was former world show jumping champion, Dermot Lennon who prevailed with his wife Sandra’s Vampire, a horse that has gone from strength to strength internationally over the past year.

Army rider captain Brian Curran Cournan came second in the class on board the minister of defences’ Starboard while current Olympic bronze medallist Cian O’Connor had to be content with third place with Carolus Z, another horse that has performed well internationally since last year’s show.

Names such as Peter Smyth, with two horses, John Floody and Ger O’Neill filled the minor placings in this quality filled class. Show organisers will be hoping for the same quality of entry for this year’s renewal and for the sunshine that bathed the centre 12 months ago.

One thing that can be guaranteed is that competitors will be offered world-class surfaces and facilities to jump on. Ray Buchanan is set once again to ask the questions with his well designed courses and the full fibre sand arena, which will be watered if necessary, will be a big attraction to riders.