Traders pull the shutters down on Blue’s cup hopes 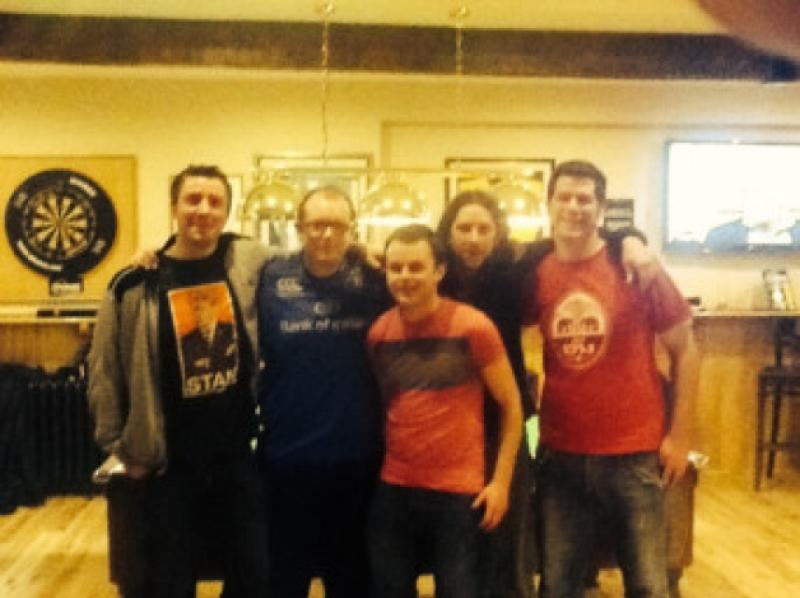 The action in last week’s local Pool League centred on the quarter-finals of the Tuborg Cup.

The action in last week’s local Pool League centred on the quarter-finals of the Tuborg Cup.

The big match featured the teams that lie 3rd and 4th in Division One, Castle Bar Traders and Harrison’s Blue.

The first match featured Liam Johnston for the Traders against John Sands and it was John with a great clearance who took the first frame. In the second frame John had the victory in sight only to run out of position on the black ball and this gave Liam the opportunity to lay a few snookers and eventually Liam obliged to level the match.

The deciding frame was a tense tactical affair and eventually Liam potted the winning black ball to win his match 2-1 and put the Traders 1-0 ahead.

The second match was between the experienced Tiernan Mallon and Kieran Grimes and it was Tiernan who took full advantage of the opportunities that came his way to win the match 2-0 to put the Traders 2-0 ahead.

The pressure was now on Harrison’s and their star player, Paul Kearney, duly obliged when, with some magnificent potting, he beat Ciaran Sheridan 2-0.

The fourth match featured Stephen McBride against the Harrison’s captain Gerry Reenan and it was Stephen who made sure that Harrison’s were going home disappointed when he beat Gerry 2-0. In the final match David McGill for the Traders beat Brendan Reenan 2-1 to leave the final score 4-1 in favour of the Traders.

The all Second Division tie featured Sean’s Tavern at home against the division leaders Jackie Murphy’s.

Jackie’s players were in top form as they won the match 5-0 with victories for Dermot Connolly, Barry Soraghan, Tommy O’Hare, Martin Lambe and Kevin Soraghan. The winners only dropped one frame all night when Martin Hayes won the first frame in his match against Barry Soraghan.

It was the Baize who started best when Bryan Crowe won the first frame against Declan Brady, however Declan responded to level at 1-1. In the deciding frame Declan broke and he proceeded to clear the table to win his match 2-1.

The second match featured two snooker players, John Dugdale for the Avenue against Mattie Hoey and in the first frame John broke and he also proceeded to clear the table to go 1-0 ahead.

In the second frame John pounced on a mistake by Mattie to win the frame to put the Avenue 2-0 ahead.

The third match featured the two captains, Pat Brady and Shane Dillon, and indeed it was Pat who made the most of his chances to win his match 2-0 and book the cup holders’ place in the semi-final.

In the fourth match Stephen Gorham for the Avenue beat David Crowe 2-1 and in the final match Tomas Geroc got a win on the board for the Baize when he beat Joe Lee 2-0 to leave the final score 4-1.

Unfortunately the fourth quarter-final between the two Avenue Inn teams Swifts and Eagles was postponed and it will now be played at a later date.

February 17 features the last 16 of the individual competition with games taking place in the Castle Bar, Windmill and Avenue Inn.