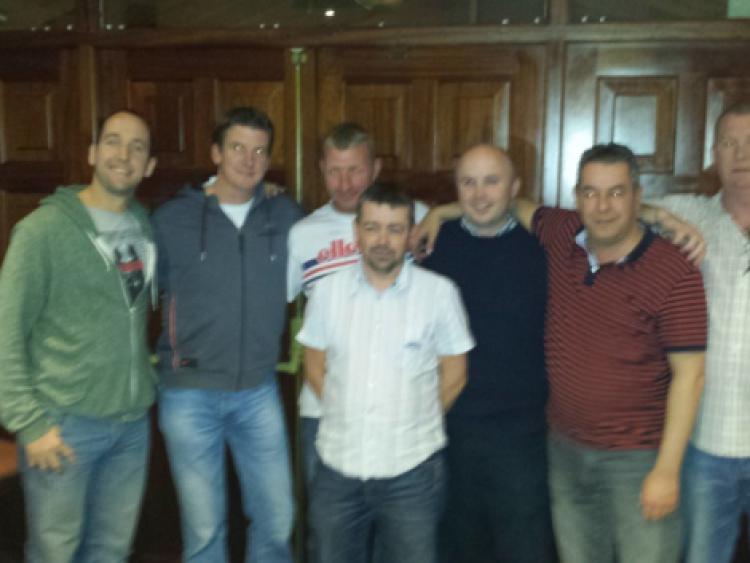 In the Dundalk Pool League sponsored by Tuborg the big game in Division Two last week was the double header between Windmill Black and Cluskey’s.

In the Dundalk Pool League sponsored by Tuborg the big game in Division Two last week was the double header between Windmill Black and Cluskey’s.

The first match was level after four games with Denise McArdle and Tetley Martin winning for the home side and Cathal McKenna and Alan Meegan replying for Cluskey’s.

In the deciding game it was Chris Caulfield who got the two points for the Windmill when he beat Niall Meegan 2-0.

In the second match Windmill recorded a comprehensive 4-1 victory, with wins for Chris Caulfield, Declan Grimes, Anthony Donegan and Peter McCluskey. The lone scorer for Cluskey’s was James King who beat Eamonn Farrell 2-1.

These two victories move Windmill up to second in the table behind Jackie Murphy’s.

In Division One, Avenue Inn Rovers took their chance to go top of the table when they defeated the Sportsmans 4-1 in a match that produced some excellent pool.

The winners for the Avenue were Pat Brady, John Dugdale, Joe Lee and Stephen Gorham with Peter O’Hagan replying for the Sportsmans.

In the other Division One matches Windmill Red continued their good away form when they defeated Harrison’s Blue 4-1 and Castle Bar Traders squeezed past Avenue Inn United 3-2.

In the week’s other results, Sean’s Tavern beat Callan’s 3-2 while Jackie Murphy’s overcame Lumpers on the same scoreline.