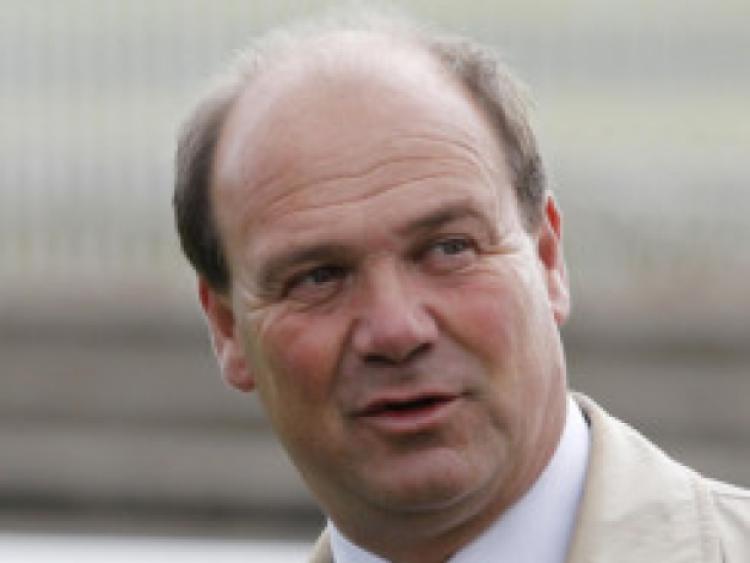 Mick Halford landed a double in the two most valuable races on the Dundalk card on Friday night, both of them ridden by Shane Foley.

Mick Halford landed a double in the two most valuable races on the Dundalk card on Friday night, both of them ridden by Shane Foley.

The jockey overcame a wide draw on the 5-4 favourite Princess Pearlita in the Irish Stallion Farms EBF Median Auction Fillies Maiden, quickly tacking across and leading before securing a convincing victory by two and three-quarter lengths.

He also led all the way on Irish Cambridgeshire runner-up Regulation in the Christmas Race & Dine Packages Handicap, though the 15-8 favourite had to  pull out the stops to hold off market rival Toccata Blue before winning by a length and a quarter.

Chris Hayes and Kevin Prendergast were also in double form, striking first when 13-2 chance Danseur De Feu took the second division of the Dundalk Stadium Light Up Your Night Handicap by a length and three-quarters, breaking her duck at the 11th attempt.

They followed up with Crafty Codger in the Crowne Plaza Leading Jockey & Trainer Championship Nursery.

The 7-4 favourite, without a win in nine previous runs, came down the outside to lead at the two pole before being driven a length and a half clear of outsider Fight U For It, who had led at the top of the straight.

Punters who took the hint as champion jockey Joseph O’Brien linked up with Gordon Elliott were rewarded when the tough five-year-old Goal landed his fifth success of the year in the Christmas Parties At Dundalk Handicap.

O’Brien rode a patient race on the 6-1 chance and swept down the outside to chase Ned’s Indian hard into the final furlong before getting on top to win by a length and a quarter.

Takashi Kodama’s 11-4 shot Hoe Hoe was an eye-catcher when fourth on her debut at the track at the beginning of the month and she stepped up on that to take the Floodlit Friday Nights At Dundalk Maiden, clearing away under Fran Berry to win by two lengths.