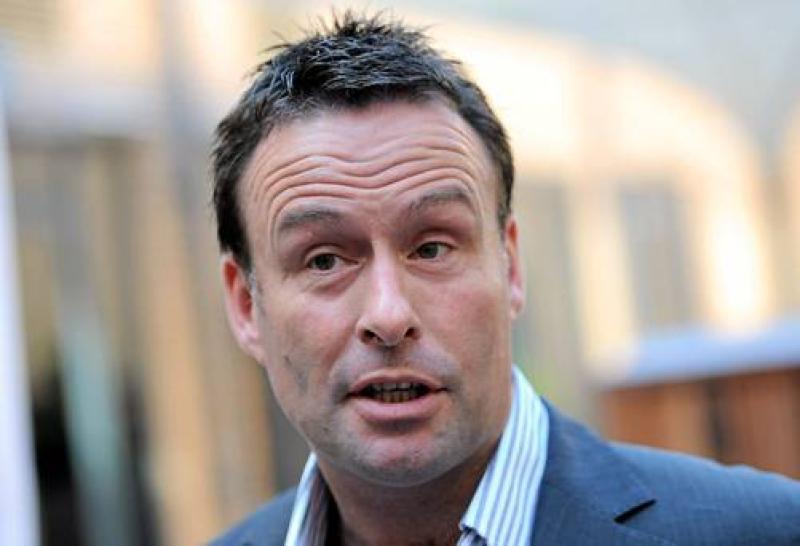 Meath legend Bernard Flynn believes Louth midfielder Tommy Durnin is one of the finds of the championship.

“I really like him,” Flynn told the Dundalk Democrat.

“I think Tommy Durnin is one of the finds of the year, in any team. He’s pretty young, he’s a great physical presence, he’s very accurate and is playing in a midfield role.

“I’ve watched him grow in stature and experience and his work rate is immense,” Flynn added.

The two-time All-Star also feels that Louth’s win over Wicklow was underestimated considering the losses of Derek Maguire and Andy McDonnell from their successful National League squad.

“It’s a wonderful achievement for Louth to get to Division Two and I genuinely mean that because I’m married to a Louth woman and it’s close to the bone.

“But to go into the championship last week and win after losing Derek Maguire, who I rate very, very highly and with the role he was playing, was quite brilliant for Colin Kelly and Louth.

“And to also lose Andy McDonnell as well, probably two of the best players Louth have, to lose them for the championship is a massive, massive blow.

“It’s the equivalent of Dublin losing (Diarmuid) Connolly and James McCarthy, that’s what you’re talking about. It’s that sort of blow so they’ll be happy to have won last Sunday.

“They didn’t play that well for long periods but Wicklow tried very, very hard and I thought the bench for Louth made a massive difference, with five-points from play.

“So, I sincerely hope as a Meath man that Colin Kelly picks the same team because I’d be slightly worried otherwise.

“I’d think Declan Byrne has to come into the reckoning and maybe Jim McEneaney as well for Sunday.”

Louth defeated Meath comprehensively in the semi-final of the O’Byrne Cup earlier this year, however, the Wee County are facing a different Royal outfit now, according to the former St. Colmcille’s player.

“In fairness, from when Louth beat us very deservedly and comprehensively in the O’Byrne Cup match, I think Meath have improved a serious amount and in the second-half of the league, I thought we were excellent.

“That was a worrying defeat, but beating Galway (in the National League) was the turning point for me. It was the first time in years that I can remember Meath winning a game like that with the crowd getting behind them, it was a bit like old times.

“So, we have improved and just missed out on promotion, but compared to the game in the O’Byrne Cup, Meath have improved considerably.

He continued: “But, let me say this, as a Meath man, and I genuinely believe this, there will not be very much in the game.

“Nobody ever really hammers anyone in Parnell Park, it’s that type of a pitch. It’s hard to do a number on anyone else because the pitch is not as big as some of the others,” the five-time Leinster champion added.

Meath had four-points to spare when the teams met at this stage in last year’s championship, with the Royals’ physicality one of the big swingers on the day.

However, Flynn doesn’t feel that there is much of a difference in the physical make-up of the teams this time around and has praised the manner in which Louth have tightened their rear-guard.

Despite this, though, he does feel his native county will edge Sunday’s affair.

“I think Louth have some very strong and physical players, maybe their defence is slightly shy in that end of it but if you look at (Tommy) Durnin, (Bevan) Duffy and the boys that came off the bench, they’re all big, strong men and I don’t think they’re lacking in the physical department at all.

“Meath’s pace was far greater in Parnell Park last year and that’s the one area I think Louth have addressed since then, they’re much fitter and pacier now.

“I don’t think there is a great difference in physicality between the teams.

“We haven’t gotten the biggest forward line either but there is a lot of pace in this Meath forward line and when they open up, as they showed in the latter part of the league, they can put up big scores, but Louth are putting up big scores as well.

“Defensively, Louth are much better and more aware of their duties and I can’t wait for it this Sunday, I’m really looking forward to it.

“There were only four-points in it last year and there won’t be much more in it this year, but I think Meath will just shade it in the end,” the Meath man added.