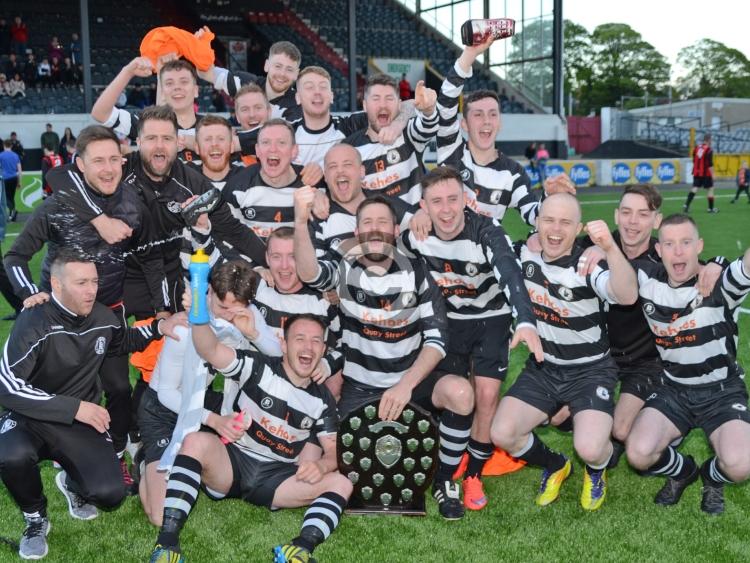 Quay Celtic were crowned Kilmessan Shield winners for the first time at Oriel Park on Saturday evening courtesy of a 1-0 victory over favourites Bellurgan United.

Colin Finan’s 58th minute penalty proved to be the difference in a game where neither could truly claim to have been at their best.

For the most part, it was a scrappy affair and mainly bogged down in midfield which meant clear-cut goal openings were at a premium, particularly during a disappointing first-half where the occasions and perhaps the setting proved too much for some of the players.

Bellurgan had the better chances but you never felt as if a goal was coming for them, although the double whammy of losing lively winger Owen Armstrong and striker Paddy Quinn to a nasty collision midway through the opening-half clearly set them back in the offensive department.

In contrast, while Quay didn’t see as many goal sightings, the Point Road side seemed to carry more of a threat, particularly after half-time where substitute Vinny Smith added more pace and directness to their play.

Indeed, only for John Smyth’s clearance off the line Smith would have doubled the winners tally 12 minutes from time.

That let Bellurgan somewhat off the hook but, despite throwing numbers to attack in search of an equaliser, they were unable to capitalise as Quay eventually ran out winners. 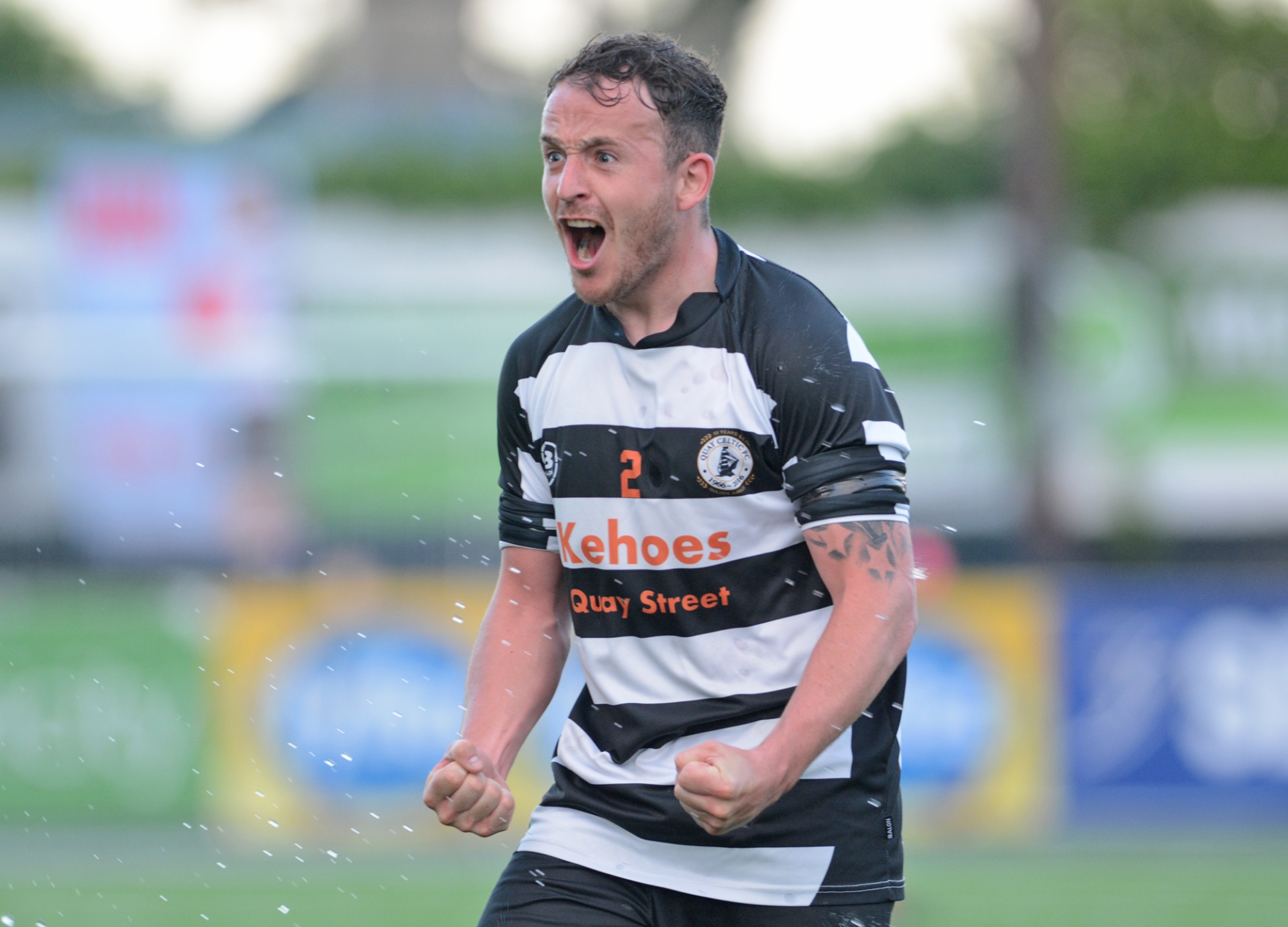 The teams had come into the final in contrasting form with Bellurgan having finished the league season in third-place while Quay finished third from bottom and narrowly avoiding relegation.

And, during the opening exchanges, Bellurgan’s three in midfield, Danny O’Connor, Stephen Finnegan and Diarmuid Murphy, got on top, dictating the play and passing into the quick feet of Quinn in the lone striking role.

This all without creating much which allowed Stephen McDonnell’s men to grind their way into proceedings.

Seán Matthews threatened in glimpses while Finan and Eanna McArdle tried to link the play going forward but in lacking that final pass, several passages of play broke down into the town-end goal.

The only action of note in the first-half was a sad one and saw both Armstrong and Quinn leave the field looking dazed having clattered into one another.

That unfortunate incident compounded a poor half which saw O’Connor shoot twice off target for Bellurgan while Quay skipper Martin Smith came closest having forced Robbie Arthur into a routine stop from a 25-yard free-kick.

Upon the restart, there was an immediate uplift in the tempo of the game with Murphy heading a Cormac Renaghan corner into the side netting before Niall Donnelly forced Quay keeper John Rogers into a fine save.

However, just when it looked as if the Clancy Park outfit had spurned a glorious opening when Matthews missed a terrific cross from Drew Duffy with the goal gaping, Eanna McArdle was bundled over in a subsequent move and awarded a penalty, which Finan nonchalantly converted.

Stephen Finnegan immediately went about getting Bellurgan back on terms only for Rogers to save his header before Finan blazed over at the other end despite having options to both his left and right.

A frantic finale ensued as Bellurgan hurled attacks forward but, with both Dennis Cholach and Stefan McKevitt resolute at the heart of the Quay defence along with Smith’s pace in attack, that almost led to McDonnell’s men putting the match out of sight.

Most notably when Smith glided past three Bellurgan players with a mazy run before rounding Arthur and shooting only for Smyth to somehow deflect the ball off the line and away to safety.

The peninsula natives launched one final attack in the fourth minute of stoppage time, however, Ray Finnegan’s shot, as was the case for Bellurgan throughout, drifted harmlessly wide.