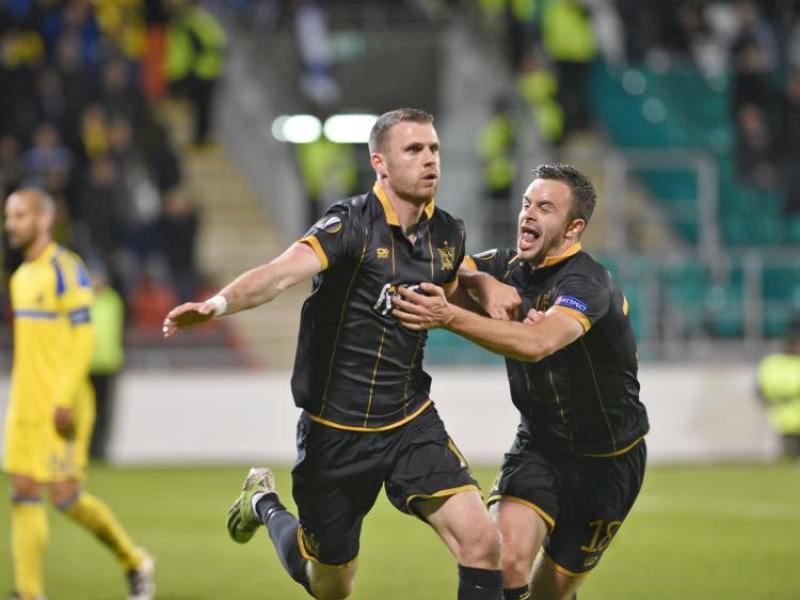 The Lilywhites, who handed first competitive starts to Emmet Hughes and Gavin Smith, were dominant throughout and led 4-0 at the break with Kilduff notching a brace to complement strikes from Shane Grimes and Thomas Stewart.

A similar pattern of play emerged after the interval with the hosts completely on top and Kilduff completed his hat-trick just past the hour before he added a fourth to his tally right on full-time.

The striker made the breakthrough on 11 minutes, tapping home a cross from Keith Dalton. The goal had been inevitable though with Conor Clifford (2) and Gavin Smith having efforts at visiting keeper Paul Dunne beforehand.

The hosts extended their advantage to four on 29 minutes through Stewart, who slammed a Carlton Ubaezuono cross to the net from close range.

And, while the visitors kept Dundalk out for the remainder of the half, the match was over bar the shouting at the break with the League of Ireland outfit continuing to monopolise the play against their hard-working opponents.

Thomastown, to their credit, repelled the home side for the most part of the second-half and broke away on a few occasions, although Gabriel Sava was never troubled in the Dundalk goal.

Kilduff brought his season's tally to nine with another close range finish on 66 minutes before completing his four goal haul a minute into stoppage time when the unfortunate Dunne dropped possession, giving the frontman the enviable task of passing to an empty net.