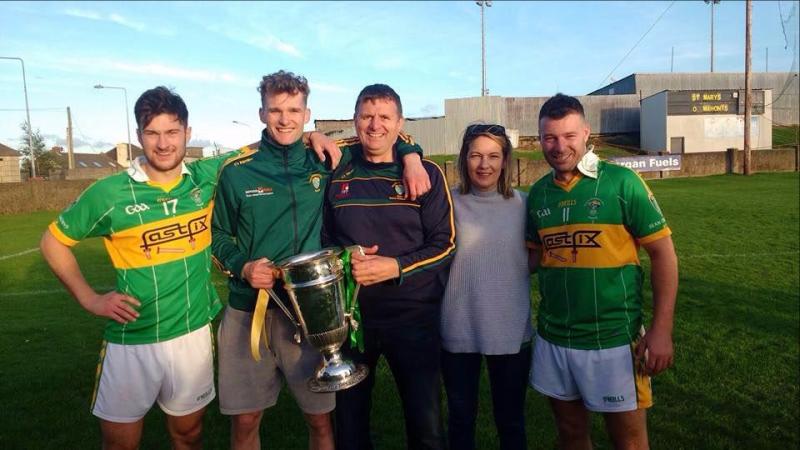 Keith McLaughlin (second from the right) with the Joe Ward Cup

Sean O'Mahony's player Keith McLaughlin has had his 24-week suspension overturned following a meeting of the Louth Hearings Committee on Tuesday night.

His club, and defending county champions Sean O'Mahony's, have also had their two league points reinstated, although the Point Road side have been ordered to foot a fine of €750.

The judgement comes on the back of a month of controversy after McLaughlin was adjudged to have played illegally against Dundalk Gaels in the opening round of the Louth Senior League on Saturday April 15th.

The former Louth player, who missed last year's championship semi-final and final through suspension, was supposedly due to serve a ban arising from the club's Cardinal O'Donnell semi-final defeat last year, where he was sent-off.

However, following an appeal, McLaughlin will now be able to re-take his place in Alan Craven's side as they bid to get their year back on track, after two successive defeats, with a trip to the Newtown Blues on Saturday evening.

For all reports and reaction from this weekend's Louth Senior Leagues, pick-up Tuesday's Dundalk Democrat.