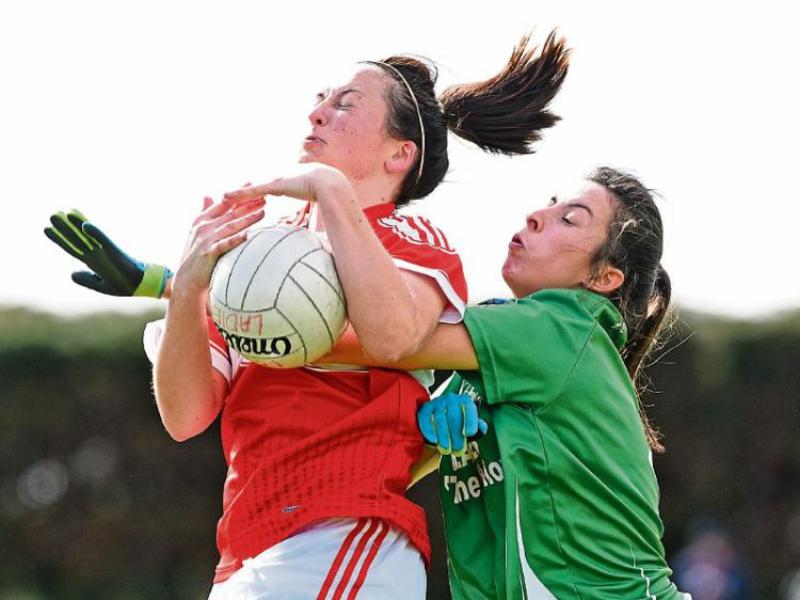 Louth Ladies joint-manager John O’Leary has called on more players to make themselves available to the county team.

“I think there are players who could be with us and be good enough to play but they’re not putting their names forward for whatever reason.

“And that’s fine, as a county manager, county trainer or selector you can only deal with the players that you have in front of you and it’s a bit like the baking a cake. You have to make of the best of the ingredients you’ve got.

“We’re working away and of course there may be better players out there and if they come forward and help to improve the team then great.

“My firm belief is that if players are playing with their county, they’ll train at a higher standard, definitely play matches at a faster and higher standard and ultimately they’ll go back to their club’s better players.

“I asked the question there tonight, that’s all we can do at the moment,” said the Dublin native.

Since his ratification alongside Fergal McNally in January, O’Leary feels the team have improved.

Although, with the championship just around the corner, he says there is a lot of work still to do.

“We have got better,” O'Leary added.

“Sometimes it seemed to be two steps forward and one step back but we have become much more cohesive and are now having better spells much longer in games which is creating more scores.

“We finished with two tough matches in the league. We won against Derry playing really well and we fell asleep in the mid-to-end of the first-half in the Fermanagh game and conceded three softish goals that we’d expect to defend.

“There’s good stuff there. It’s just about getting it all out together on the same day in the same match,” he explained.

But, is that one match going to be either of their group matches in this year’s Leinster Championship?

“The championship is going to be difficult.

“We have Longford in our group who finished top of our division and gave us a bit of a hiding early on and Offaly who finished mid-table in Division Three, a league above us.

“So, we have two teams who are obviously well above us in league performance and positioning. That tells us where we are in the pecking order and there’s no point in fooling ourselves, we have two tough matches and we need to win one of them to get into the knockout round.

“It’s a tough ask and based on the way we have played so far in the league, we shouldn’t win either of those games but it’s championship, it’s knockout and if we get a couple more weeks training and pull everything together in a single performance, who knows?”

And, O’Leary believes the Reds have the raw-materials to make progress in this year’s championship.

“We haven’t been at it long enough, i.e. over the winter months, to be as fit as we need to be and be drilled as to the skills required for inter-county level.

“We have been caught out, particularly in the last match against Fermanagh where we came back but lost.

“There have been good performances mixed with some poor performances but there’s good ingredients here so we can certainly do something with the team,” he added.