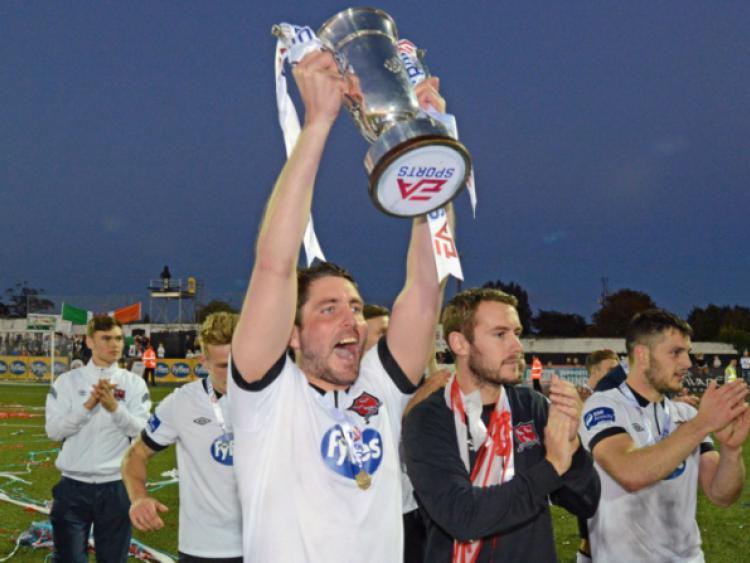 Dundalk FC are pleased to announce that former player and league winner Ruaidhri Higgins is the new opposition analyst and coach.

Higgins departed Coleraine a month ago after spending almost two years at the club. He joined the Bannsiders after leaving Dundalk with a league title and a league cup. The midfielder had two spells at Derry City club winning the FAI Cup twice and five EA Sports Cups. He also spent a year at Bohemians in 2010 and has decided to return to Oriel Park as part of Stephen Kenny’s backroom team in the role vacated by Gerry Spain earlier this month.

The 33 year-old admitted he was delighted to come back to the club and is looking forward to his first non-playing role.

“I am delighted to be back albeit in a different role.” he told dundalkfc.com.“It’s a privilege to be asked first and foremost. I was here when we won the first league title of the three and to come back in this role is a bit different.

“I am very excited about it though. It is good to be back. ”

Having finished up playing just a month ago, the Limavady native conceded that he did think about continuing his playing career however he felt that this was too good an opportunity to turn down.

“When I left Dundalk I planned to play until I was 33 or 34. You never know what’s around the corner in football. I parted company with Coleraine about a month ago and I wanted something fresh.

“I wasn’t sure whether I wanted to continue playing because I had slight doubts about continuing. I decided that if I had any doubts about playing to knock it on the head. I was fortunate enough that Stephen offered me a very good opportunity.

“I am looking forward to it and I am going to give it my best. ”

Higgins is no stranger to success under Stephen Kenny and he has been ‘an interested spectator’ at the club’s league and European success over the past two seasons and he enjoyed his time at the club a few years ago but is pleased to be back in the town.

“It has been a phenomenal rise from the relegation playoff in 2012 and five years later it’s league title after league title and the European runs. It has been incredible. I have been an interested spectator watching all the games here and abroad.

“I had a good connection with the people of Dundalk when I was here in 2014 and I missed the place to be honest. I stayed in touch with a lot of people and it is good to be back with the lads.

“There’s a lot of excitement around the club at the minute and maybe I could have played on here for another year or two but when Stephen offered me the chance to come back in this role it was something I wanted to do.

“I was part of the club a couple of years ago at the start as a player and now to be back part of the backroom team and it’s something I am excited about. ”

He has wasted no time in setting out his aim and is intent on winning the fourth league title in a row and while he feels it will be tough with other clubs strengthening, he has been impressed with the hunger and determination in the squad to go on again.

“It’s going to be difficult this year to continue. You can see the teams around us have strengthened. Teams don’t like finishing second or third! You want to push themselves and win. We will have to meet that challenge head on.

“I have no doubt from what I have seen in training that the hunger is still there within the group to go and do it again. They are a hungry group and it’s refreshing to see. Even though all the success that they have had they are still determined.

“It brings me back a few years watching it with the intensity and the competitiveness that is there. Everyone is pushing eachother on and there are no egos in the dressing room. That’s a massive thing.

“The success hasn’t changed anything, everyone is so grounded. I suppose that comes from the staff as well but everyone is very eager and we want to make it four in a row. “