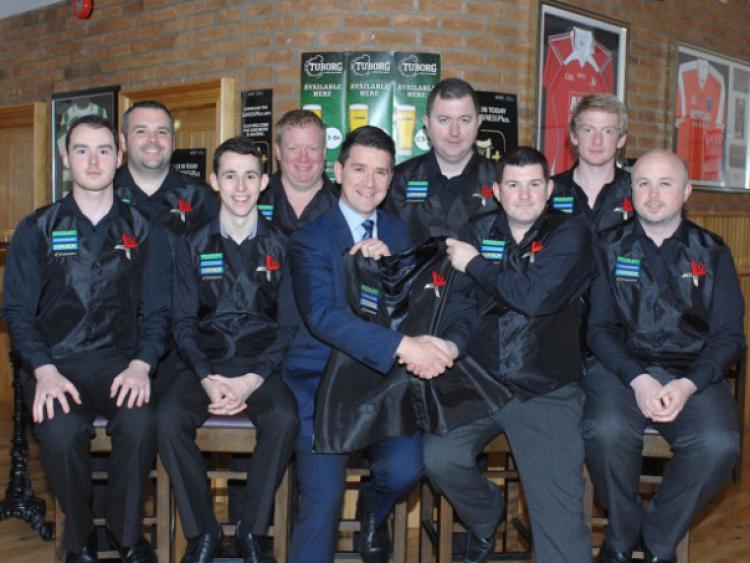 The Louth pool team head of to Ennis on Thursday 29th May in the hope of regaining the All Ireland inter county title, which they last won in 2012.

The Louth pool team head of to Ennis on Thursday 29th May in the hope of regaining the All Ireland inter county title, which they last won in 2012.

Louth again this year will be represented by two teams and both teams will be kitted out in their new waistcoats which have been very kindly sponsored by Avenue Inn, Tuborg. James Walsh and CT1 and Tony McDonnell’s.

Each waistcoat is embroidered with each sponsors name and the Louth crest and the embroidery was very kindly done by Its Made For U on the Newry Road.

Hopefully by Sunday, Louth will be the All Ireland champions and that with Dundalk having a good representation on the two teams it will enable the Dundalk Pool League to expand its league next year.

Last weekend, several of the players competed well too in the individuals and the over 50’s individuals, representing the county.