Action at the Lodge keeps everybody high and dry 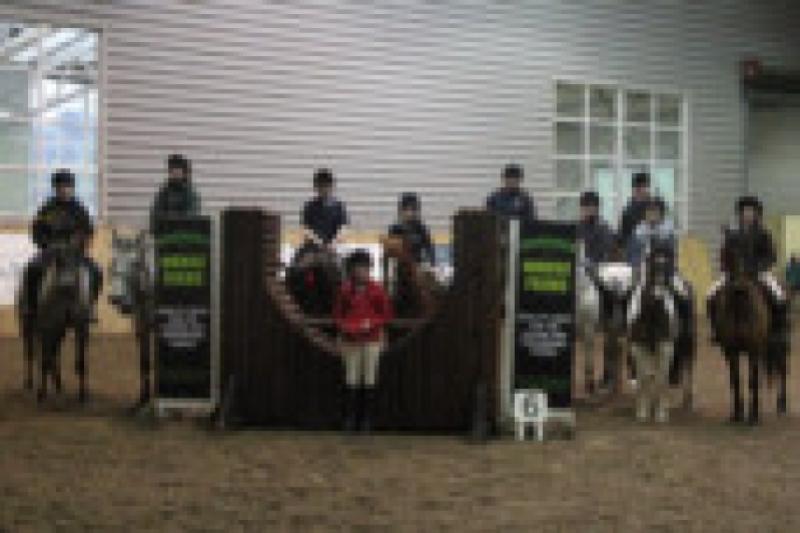 Two superb indoor arenas ensured that the continued spell of inclement weather did not affect competitors at Ravensdale Lodge this week as everyone was high, dry and warm while competing on top class surfaces.

Two superb indoor arenas ensured that the continued spell of inclement weather did not affect competitors at Ravensdale Lodge this week as everyone was high, dry and warm while competing on top class surfaces.

Week two of the winter and spring season saw large increases in numbers coming out as combinations started to resurface up after the winter break.

The lure of being in with the chance of winning one of five hi-tech smart tablets was additional encouragement to gadget mad athletes who were keen to either add to or put their first points on the three “Smart League” tables.

Belfast, Lisburn, Newcastle, Bandridge, Carrickmacross, Drogheda and Dublin were just some of the destinations competitors travelled from to take part in the three leagues which make up the “Smart League” initiative at Ravensdale Lodge.

This geographical spread highlights the popularity of these shows, the facilities and prizes on offer to all who compete at Ravensdale Lodge.

Saturday’s Mackins Horse Feeds indoor arena eventing league was a real family affair as seven sets of siblings and families competed to great effect throughout the afternoon with 11 of the 17 combinations achieving the prized maximum three points.

The Brown family from Banbridge had twin brothers Heynes and Hami competing in the 70cm class with Heynes going clear with Minstrel.

Liam and Conor McClory were the two of the three McClory’s to go clear in the 85cm class and they were joined by Gareth McKevitt, Hugo Bertholon as well as both Billy and Thomas McDowell however it was the Kehoe family from Newry that took the “family fortunes” prize in this class as all three who attended, Grace, David and dad John were foot perfect to go clear in the class.

To top things off, John picked the lucky red rosette from the ten clear rounds to win the Mackin’s Horse Feeds prize.

Emma Newsam continued her good run of form in the 1m class by being the only one clear and picking up three valuable points to the three gained at last week’s event.

By doing so she also won the voucher for the bag of feed from Mackins Horse Feeds as she did the previous week so there will be some well fed horses in Newsam’s Newcastle yard!

The seasonal run continues this week with one slight change, Thursday sees the start of the Crowne Plaza Dundalk SJI registered indoor horse league with classes from 80cm (M) to 1.30m (M) and a start time of 11am.

This show will be a great chance to get horses, young and older out and an ideal opportunity to prepare for the first Grand Prix of the year at Ravensdale Lodge, the forthcoming O’Reilly’s Wholesalers Newry sponsored, Connolly’s Red Mills Spring Tour which is scheduled at the centre for Sunday, March 2.

The first of the “Smart Leagues” continues on Friday with horse and pony training from 5.30pm and classes from X poles to 1.10m. The Mackin’s Horse Feeds indoor arena eventing league continues on Saturday from 2pm for the 70cm class, 3pm for the 85cm class and 4pm for the 1m class.

The last of the weekly “Smart Leagues” is indoor dressage on Sunday from 2pm and all weekly classes can be found on the Ravensdale Lodge website.