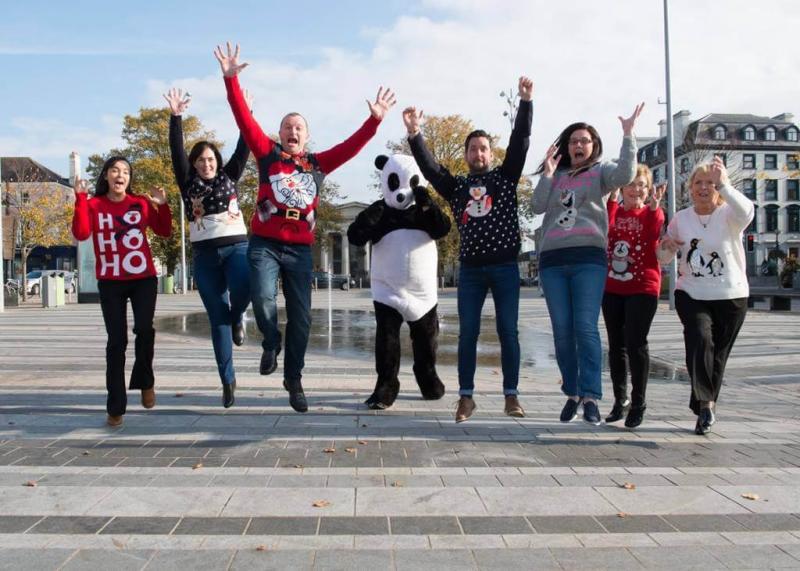 It's Monday morning. The first chill of winter has descended and thoughts are already drifting towards Christmas. For local businesses in Dundalk that means vital commercial considerations are on the agenda; planning, planning and more planning, for what many of them hope will be a a busy - and profitable period.

It also means that BIDS (Business Improvement District Scheme) and the local chamber will be looking to concentrate on the town's market square as an important hub for drawing in people - and their wallets/purses -  this November/December.

The ice rink, which is usually part of the greater Frostival festival, has been a fixture at the Square for a number of years now and has, it is fair to say, generated heated debate during that time.

Just last year it hit the national airwaves when RTE's Joe Duffy took calls from listeners concerned about the location of the ice rink and its aesthetic appearance in such a notable public location.

According to figures released last year by BIDS, the number of people that the town centre Christmas events brought in the previous year (2016) numbered in or around 50,000 - that's a considerable crowd to be fair, and not to be sniffed at in this era of  struggling town centres.

The ongoing efforts by BIDS in this regard should be commended, but there is, of course, a need to listen to the public on these and other  issues too.

The news that Dundalk on Ice will not be part of this year's festive schedule will be met with general approval and applause by many people around the town.

From speaking to those in the know though, the addition of the Dundalk on Ice rink over the past number of years helped bring in crowds and with crowds came money for local businesses - the importance of which cannot be overstated in the current economic climate. These days, events-based town centre strategies are essential. Dundalk on Ice was a massive draw for local traders; the news that a Christmas Carnival of Light will be a new addition needs to be given full support by all, if it is to succeed on into the future.

The decision to remove the ice rink looks to have been based on listening to what people wanted.

The main concern with the ice rink was the look of it. Many saw it as being a blight on the town centre vista - a wedding marquee plonked onto the Square.

It was hard to disagree with some of those sentiments at the time.

But then again, an ice rink would always look rather out of place wherever it was placed, but in such a public space as the Square it became even more prominent and therefore a magnet for discussion - both good and bad. This was to be be expected.

Speaking about the upcoming Christmas programme and the removal of Dundalk on Ice from it, BIDS Manager, Martin McElligott, seemed to hint that previous comments and suggestions have been taken on board and ultimately acted upon.

“We recognise the need, and the opportunity, to try something different and that is what we are pursuing this Christmas,” he said in a statement released on Monday evening.

Whatever previous issues there were regarding  the look and positioning of an ice rink, it did create a much-needed focal point for Christmas events and celebrations in Dundalk town centre, and no doubt this year's proposals will endeavour to create a similar focus too.

Long may the tradition of town centre Christmas events in Dundalk continue, but all such  traditions must move with the times and take into account those that they are ultimately aimed at - local people.

Just like Santa Claus, though, BIDS have shown that they are always listening and watching.