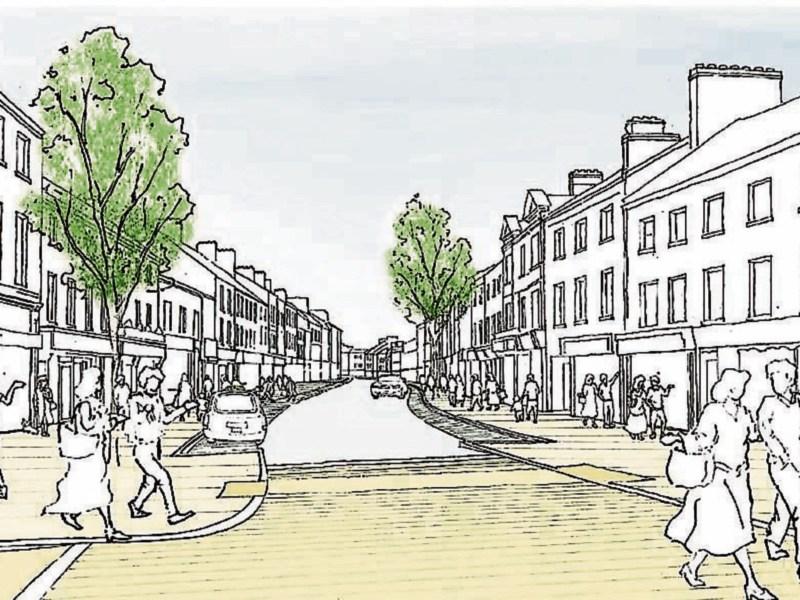 You can entirely understand the trepidation and worry of local traders and businesses along Clanbrassil Street ahead of the major regeneration works which are scheduled to begin there early next January.

The re-routing and traffic diversions are set to last from January until November 2019. That's a substantial period of time in which traffic along Dundalk's main street will be cut to just one way access.

It's no secret that main streets across Ireland are suffering, and the businesses on them - which are predominantly local - have been bailing water for some time.

And, from the comments which have cropped up online in relation to the proposed diversions, many people are worried about the impact.

This is all, to an extent, understandable. Whenever something restricts or imposes hardship, even temporarily, it can be seen as a bad thing.

But, what are the realistic alternatives here?

How can the much-needed and much-sought after regeneration of Dundalk's historic main street be completed without hardship of some sort being incurred? There simply is no other way unfortunately. And I'm fairly certain the authorities have looked at any number of possible options to try and lessen the burden and potential loss of business to local traders.

Online comments which accompanied an article this newspaper ran during the week bounced within the usual social media parameters - from the sublime to the ridiculous.

In our article (see page 10) Dundalk Chamber President Pat McCormick speaks about the need for awareness and understanding and ultimately fluid communication between all the stakeholders involved ahead, and during the regeneration of Clanbrassil Street to "mitigate the effect" of the restrictions as much as possible.

There is also the desire to ensure, as he says, that the same stakeholders do that bit extra to "keep them (local businesses) alive during the period, so that when the work is finished in November (2019) as projected, that there are still businesses there for us to come back into".

That statement in isolation would suggest a genuine fear for the very future of some businesses in the area during this period.

But, as Pat goes on to says “there's still going to be access maintained to all the shops and all the businesses along there".

So in many respects there's little else that can be done in this particular regard to help ensure that all businesses have the best shot at continuing to trade at current levels until the regeneration works are completed.

Elsewhere, the mutterings online that it is ultimately too late to do such works and that the money should be spent elsewhere are disheartening to read and show a very blinkered approach to the whole thing.

Saying that, a band-aid on a broken leg-type approach will do nothing for the area in the long run either. And this is were comprehensive urban regeneration is the only viable option for the future of Clanbrassil Street and the town centre as a whole. This real regeneration requires money, lots of money, and it requires a person, or group of people to put their necks on the line to see it through to the end.

As this column has suggested before, this much greater vision is needed now. A vision which looks beyond Clanbrassil Street. A vision which would see multi-story car-parking facilities built close to Clanbassil Street becoming a reality.

Remove the cars from the street, but not from the immediate area and you stand a chance.

This alone will not be enough though, any proposals or changes need to be done in concert with other vast improvements too. Individual businesses will need to buy-in to the idea and do their bit to promote the cause and their own business.

Attracting the right types of additional and new business will be another vital component of the strategy.

The biblical adage, 'build it and they will come' is true in so many respects here.

But, in this online shopping day and age, it is a huge gamble just the same.

But surely trying something big and bold is better than doing nothing at all at this stage?