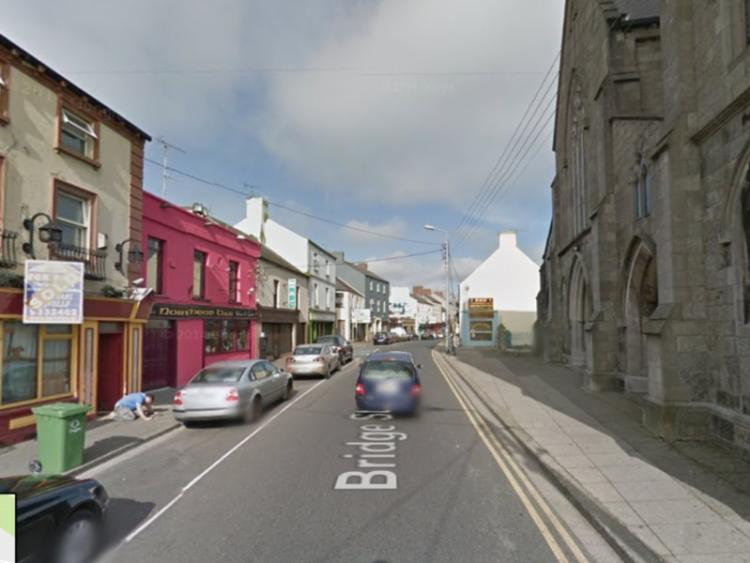 It's not every week you get a call from New York from someone decrying the current plight of Bridge Street Dundalk.

But, it was one of those weeks, I suppose.

The transatlantic phone call came on Thursday afternoon from a distinctive-sounding Dundalk voice sprinkled with a few Americanisms.

A former resident of the old town street, our Irish-American friend made some valid points about the way dear old Bridge Street is looked upon these days - forgotten and unloved would be the abridged version of our conversation.

Having read one of the Democrat's articles the previous week about the extension of Christmas lights to Earl Street this Christmas, it obviously raised his ire enough to place a phone call this way.

Why has Bridge Street been forgotten?

But there does seem to be a 'look down the nose' attitude to Bridge Street - few can doubt that.

It is, lets not forget, the 'old town' of Dundalk. The place were an embryonic town spawned from.

If you head to any other city or town of substance on the continent - and beyond, you can be sure the old town is a tourist mecca. Why not Dundalk?

Urban regeneration and renewal is much needed if Bridge Street is to become in any way a tourist draw - highly unlikely, I know - it is sometimes rather ironically called the 'Latin Quarter'.

Just last week councillor Conor Keelan led the call for the development of the adjoining Castletown River area as a tourist attraction - it's a step in the right direction. But we need to think a bit bigger. More confident and expansive thinking should be deployed.

Our Irish man abroad is right that the simple rolling-out of the same treatment that Earl Street, Clanbrassil Street and Park Street have gotten regarding the festive lights this year would be a much appreciated step in the right direction, and it would most certainly foster an improved relationship between the Northend and the rest, plus the Northend and the council too.

It's unlikely to happen for Christmas 2016 at this stage though. But why not get the wheels in motion for 2017?

Great work is being done promoting the town of late, and it's absolutely essential now that the Brexit era has dawned. A more cohesive and joined-up mentality which includes all parts of the town centre is the only realistic way forward.

Our good friend on the phone from New York did, however, drop a small and historically significant caveat about such thinking - Ireland has always been full of the 'cute ho'ers' and 'me feiners' unfortunately, and it has stymied this kind of progress before and will most probably do it again in the future.

That's not to say that we should just accept that historical mindset and shrug our shoulders.

Take heed from your history by all means, but learn to improve upon it's shortcomings, only then can we move forward in the right way.

It always takes someone looking in from the outside to highlight the problems that we all know exist.