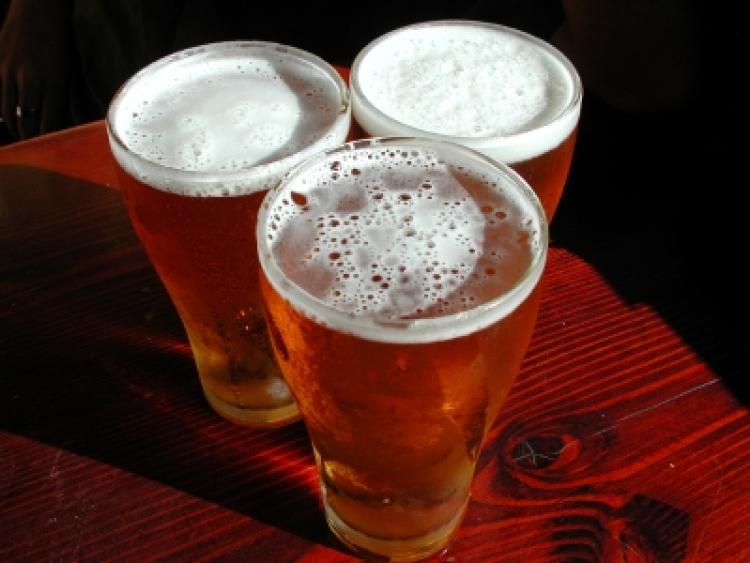 Well folks, hope yis aur keeping well, so I do.

This is me new colm that I'll be putting together every week for the Argu... I mean Democrat.
It'll be my own taughts and words on stuff that I do be thinking of and doing during the week.
So read on and enjoy...

Monday October 31st
The head is hanging off me. Went to the Ave last night for a few, but sure you know yourself, ended up suppin' away until me left eye was staring at me right one. Still, new week, new start and all that.

Tuesday November 1st
The head is hanging off me, so it is. Avoided the Ave last night, but met Moley in Courts and had the hair of the dawg - and probably every other dawg in the tawn too! Deadly craic!
The missus was giving out to me this morning, something about the child needing a lift to school, but the car's got no NCT and the tyres are bald as f***, 'G'luck with that' I said.
Haven't seen her since.

Wednesday November 2nd
No idea what's going on here. Spent the morning awake and thinking about deep stuff like the future and money. Time for a can.
By about 2pm I was ready to see what the weekend would bring - start early, ya know. Placed a few bets in the bookies. Fancied a few teams in an accumulator. Sure thing. Money in the bank.
Down 25 notes.

Thursday November 3rd
Went around to the mother's. She's been going on about her knees being busted or something. I love her and all, but she's always giving me grief about getting my life sorted, now that I have a child and all that. She's right, but there's loads of time to grow up, says I. You know what I main?

Friday November 4th
Head's busted. Went on the lash with Jayser. Been a strange morning though. Still no sign of the missus. Had a missed voice message from someone about a job or something. I'll get back to them on Monday.
Decided I'd clear the head and go for a walk around town. Bumped into a lad from secondary school. Was always a bit of a swot, but a nice lad still. Said he's working in London; home for the weekend. He bought a house. Zoned out.

Saturday November 5th
The woman's back. She was staying with her mother for a few days. Wanted to know if we could paint the kitchen. I know it needs a lick of paint and all, but it'll have to wait though, says I. The GG's are on shortly. She headed up the town.

Sunday November 6th
Stayed off the drink last night. Decided I'd get up and paint the kitchen for herself in the morning. Bought some brushes and stuff yesterday, including a roller, which left the place looking like a painter's radio. Hateful work, but got the first coat on just in time for the start of the FAI Cup final. Bravehearts every one of them, no matter the result. Herself seems happy with the kitchen though. Had a can or two and settled in for the evening. Sounnnd.