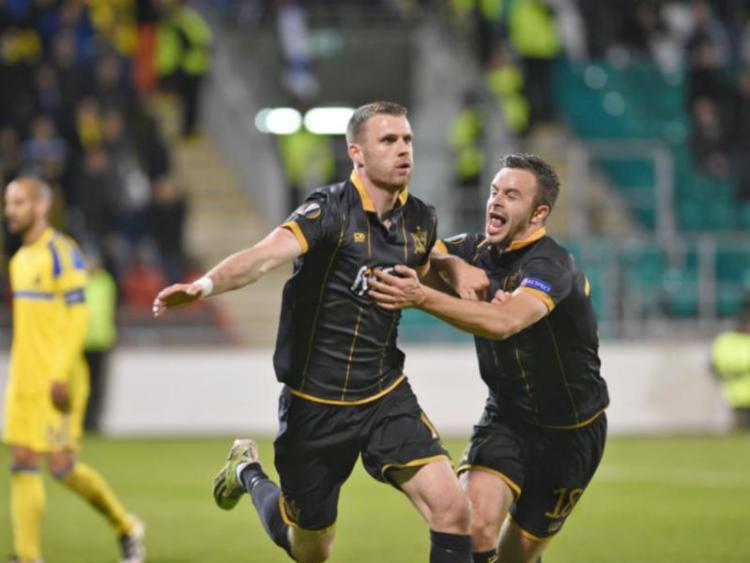 There's something rather homespun and typically Irish about the way Dundalk FC's fairytale has mushroomed into the sports story of the year (yes, even bigger than Leicester City's English Premier League title win).

We are firmly ensconced in the era of the super-rich sports star. The financial end of sports in general has detonated with wages hitting the roof and commercial rights equally, if not more so, just as lucrative.

Today's stars of track and field live in walled-off fortified mansions, away from the rest of us mere serfs. It's a disconnect which seems at odds with the fundamental ideal of sport and participation in sport in general. But anyway, that's a bigger capitalism problem for another day.

Still, it's thrown into such sharp relief by the exploits of Stephen Kenny and his band of merry men.

They are competing in the arena of the super rich now, but have remarkably and thankfully managed to maintain their wonderful sense of being one of 'us'.

Over the weekend, following the Lilywhites history-making win over Maccabi Tel Aviv in Tallaght on Thursday night, stories started to seep out on social media and by the traditional word-of-mouth format too.

They are the kind of stories that make you root even more for this team.

Today FM's Phil Egan was the last in line to interview Ciaran Kilduff after Thursday's big Europa League game. Kilduff was celebrating not just his birthday that evening, but also scoring the most important goal in his career and most probably Dundalk's history, it was the kind of moment that would see most of us rocket off into euphoria whilst retaining very little, if any, composure and any idea of what was happening around us - but not our Ciaran.

As the Dundalk team bus departed (Kilduff lives in Dublin and was able to drive home - by himself, of course) and Ciaran completed his interview with Phil Egan, he asked the Today FM journalist if he was okay for a lift home .

Kilduff wasn't trying to show off or proclaim himself as a hero of the people either, he asked because it is the done thing and it shines a light on the decency of the man too.

Our own sports editor Gavin McLaughlin, on that same evening, or possibly early the next morning, by the time everyone had returned to the town, bumped into another Lilywhite star, Patrick McEleney at the local petrol station on the Dublin Road.

McEleney stopped and chatted with Gavin proclaiming that he had to buy milk for the baby. No airs or graces here, just normal life continuing after an abnormal evening of European glory.

Cut to Sunday, Dundalk had just drawn with Derry City in the semi final of the FAI cup in Oriel Park. Down the road in Drogheda Sean O'Mahony's were about to clinch their first ever senior championship title.

A certain Mr Brian Gartland - the linchpin of Dundalk's backline, togged in at the Oriel Park dressing room and made his way to Drogheda to celebrate the Sean's success.

Whatever else happens on the field for Dundalk and this group of players, they have already set an example off it which few in any other professional sports arena could match.

They have shown that they are our team in many ways and they deserve as much support as we can possibly muster.

You only hope that they remain as they are. And lets be honest; they'll always be this way, won't they? Thank god.