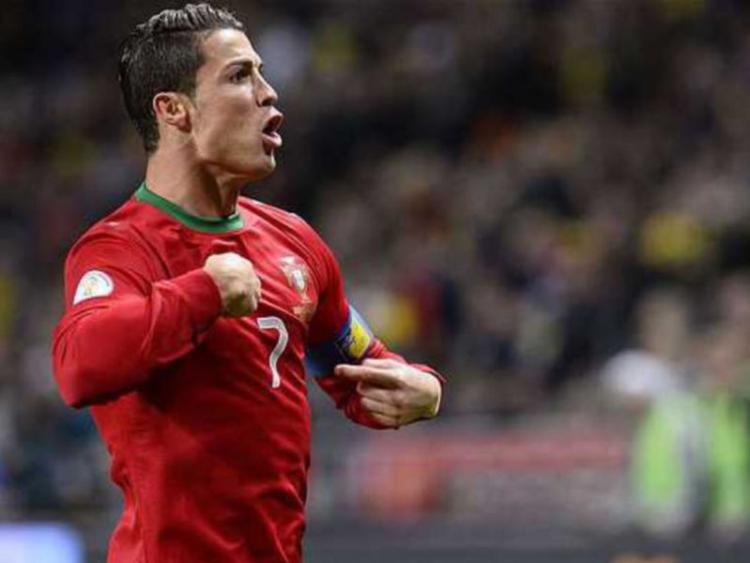 Sunday's European championship final between Portugal and hosts France was as close to the televisual experience of watching paint dry as you can get without actually daubing the screen in Dulux.

Yes, it had some great stories woven into the fabric of the match - Ronaldo crying like a baby in heartbreak at an early injury, before returning, again shirtless and again crying like a baby, to claim European football's greatest prize; it had the classic underdog story too in Ronaldo-less and plucky little Portugal holding the favourites France at bay before an extra time smash and grab from a previously useless ex-Swansea player who had displayed a fantastic ability to avoid scoring goals before Sunday night.

But it was still a dreadful football match from a spectacle and technical point of view. But then isn't that usually the lot with finals.

It's such a pity that the pinnacle of a sporting event comes down to an underwhelming finale. It seems to have been the theme of the weekend that was however.

Even Andy Murray's second Wimbledon title on Sunday, just his third grand slam title in nine final appearances, was a rather formulaic and ho-hum victory.

He beat Milos Raonic in straight sets, with little need to exert himself all that much. He probably excreted more fluid crying at the end than he sweated during the match itself.

That he didn't have to face either Novac Djokovic or Roger Federer on his way to lifting the title, in my mind anyway, slightly lessens the achievement, but then again I've never lifted a tennis racket in anger, bar for a game of street rounders as a gassan.

On our own shores at the weekend, Tipperary decided that Waterford were little more than shark chum and succinctly spanked them by 21 points in the Munster senior hurling final. You wonder what the GAA are going to do to try and stop such one-sided provincial deciders - it's reaching epidemic levels of late.

Over in the west another provincial final unfolded with prozac-like urgency in the Connacht senior football final. Now the conditions might have had a little to do with how poor this decider turned out to be - with rain horizontal and wind a tad breezy, to say the least. RTE's cameras weren't even up to the task and for those watching at home on the tellybox it probably added to the realism as the rain lashed down on the lens and obscured much of what little was going on - it must be what spectacle-wearing supporters saw at the ground itself - who needs HD for added realism, eh? 'Be there, all the way' indeed.

After that snoozefest it came to the British Grand Prix, which, while although not a final per se, there was still silverware handed out at the end of 52 dreary and agonisingly paralysing laps.

The only real joy I get out of Formula 1 these days is the start. Those first three or four corners after the lights go out when you hope all hell will break loose and cars will somersault and career all over the place in a pleasingly messed-up spectacle involving bits of sheared off carbon fibre and tumbling wheels.

On Sunday in Silverstone, due to the rain, the race started behind what felt like an auld one on a mobility scooter as the safety car led them around for a number of laps. It was remarkably boring and thoroughly underwhelming. I didn't bother watching much more beyond that. I believe Lewis Hamilton won, although I can't confirm that.

The only ray of light in terms of the weekend's sport came from the usually less than resplendent flatlands of Longford - via Clones.

Monaghan crashed out of the All Ireland championship at the hands of Longford as the Slasher's upheld their rather excellent qualifier record, beating the Farney boys by three points.

Okay, it wasn't a final, but it was the only sporting event at the weekend that made me feel something close to a warm fuzzy feeling inside.