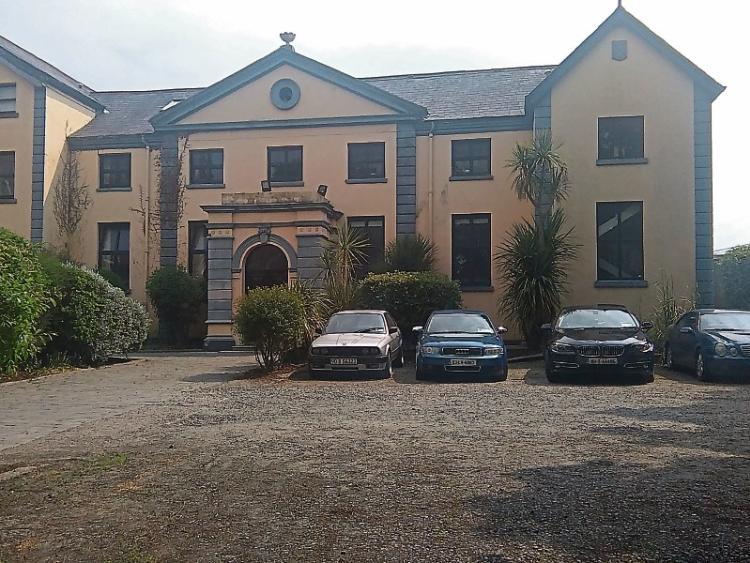 At the top of 'The Walk' (or the bottom, depending on your perspective) lies the old County Library on Chapel Street. It was there amongst it's crumbling splendour that my own love of reading and books in general was sparked.

It was the early 1990s, Packie Bonner was my footballing hero and the dress sense was both loud and abrasive on the eyes.

On a Tuesday and Thursday it was my chance to head up the - what seemed at the time - huge sloping driveway towards the library while marvelling at such a towering building.

My memory of the layout of the inside is a little hazy, but once through the front door the adult library was through the door on the righthand side and to the left, just before the impressive staircase which led up to the children's library, was a reference or study library I believe.

It had tremendous character that place; old, smelling slighty of mothballs and distressed furniture and in desperate need of repair - evidenced by the fact that on the first floor the staircase leading up to the second floor of the building seemed to have been tied to the wall and/or floor by some dubious looking (and fraying) twine.

It was a ruined gothic gem in my mind and fostered a real sense of atmosphere while triggering a young man's fevered imagination before the opening of a book had even begun.

In my memory it was always winter when I was in the library. The fluorescent lights from inside reflected off the greying and wet windows and the black trees outside swayed. It was an adventure every single time.

Now don't get me wrong, the new county library on Roden Place is an absolute credit to all involved. Using an old building and converting it into something light and modern while still tipping its cap to the past was an excellent decision, but I'll always lean towards the one on Chapel Street more.

I remember reading 'The Red Badge of Courage' by Stephen Crane, a novel about a young man's struggles and fears during the American Civil War. The book itself, with its tattered dust cover, could have been an original edition from 1895 given its condition.

But that made me love the place even more. It wasn't trying to be a 'centre of learning excellence', it was making do with what it had, and was the better for it in my mind.

But I soon tired of the 'Kids Lit'. The lure of what lay in the adult section of the building was too enticing to resist. I'd sneak in - not that anyone was too bothered really, but it makes it sound more illicit - and set myself up in the corner, leafing through the physically bigger and heavier books; taking in the even bigger words while I was at it.

I pass the library regularly now. The character has drained and it no longer draws my fascination, but it'll always be a place of wonderful memories and imagination.

I only hope the libraries of the future don't go the way of Chapel Street.

There's life in dead trees yet.