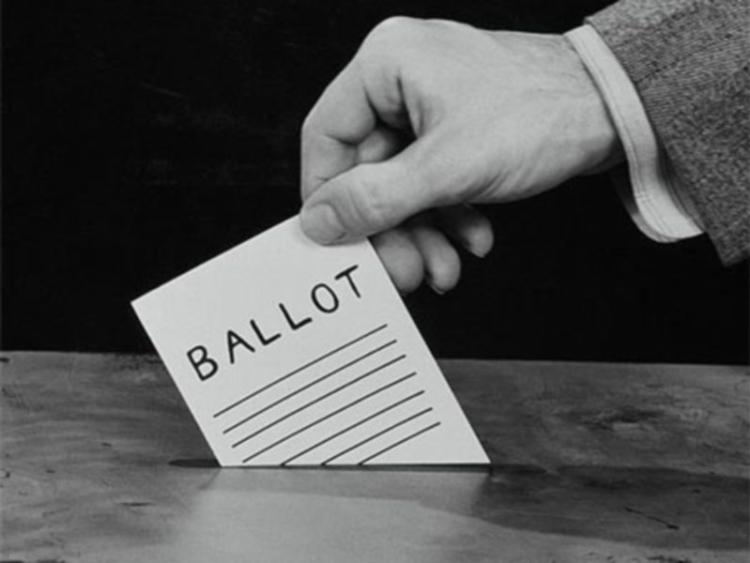 Choice. C-H-O-I-C-E. There it is now, with all its endless possibilities.

We are so lucky - we have choice!

Those of us in the western, supposedly more advanced and democratic parts of the world have an abundance of it. It's pouring out our ears and nose and splashing all over the ground in lovely multi-coloured hues. Such is the amount of choice we have, we luxuriate in it. We bath in it's limitless potential.

We don't have choice.

Not in the way that 'choice' is to be able to make a clear distinction and have the opportunity to pick one set of ideals and principles over others. Not in the way that two, or possibly three, roads diverge in a wood and we can decide to go one definite way or the other.

The recent socio-economic problems in this country have scared so many. And fear calcifies rational thought. Fear is an entirely understandable response to what has happened. In fact it is hard-wired into our very evolutionary make-up. Fear is good. It stops us doing something that could cause harm to us and others. It keeps us safe. Keeps us cocooned.

These problems are bigger than the country, we are told by everyone from the newsman to the milkman. We no longer control our national identity. We are in hoc to a bigger man, with a bigger stick. And so on.

It's a far too easy and weak-kneed get-out clause to say that our problems are of such magnitude that battling against them is a wasted effort and will invariably cause more grief than good. 'So back to work and keep plugging away folks.'

When it comes down to the fundamental changes and decisions that will inevitably shape our lives now and into the future we don't have choice.

We are bound to remain within the confines of a thin quivering line of 'choice'. Go too far to the left and you're over the edge, lean to the right and you're overboard also.

In a matter of days we (those of us that choose to do so) will head to the polls and decide the political direction of this country for the next five years. But we won't. In reality we'll decide to remain firmly stuck on that thin ribbon of 'choice'.

A lot of people have murmured and hiccuped about the basic point and rationale for even bothering to vote in the past few weeks. And reading what was written just above would seem to back up that pessimistic line of questioning, I agree.

Why should we vote for a system that seems rooted to the spot no matter what way we look at it? Yes, it is our constitutional right to vote. And yes people did die to gain this country that constitutional right (name a democratic country where this isn't true?), but right now that doesn't seem to be enough.

So, why should you vote?

You should vote because it's a signal of intent. Whether it will bring about the change and improved choice you yearn for is another matter entirely.

But when you put your head down on a pillow on Friday night you can rest assured that you have, no matter what way you voted, signaled your own intent. And this intent is based on what you feel will work best. Not what will work. But what could work. You made a conscious and informed decision and went with it.

Disillusionment and disappointment will befall the majority of candidates when the voting is complete come Sunday night/Monday morning. And indeed many voters too. It's part and parcel of politics - and life. Don't be disillusioned for too long though. There'll always be more supposed 'choices' just around the corner.

Those that do get elected could do well to take note of the words of the late Harper Lee from her most famous novel To Kill a Mockingbird novel.

'We're paying the highest tribute we can pay a man. We trust him to do right. It's that simple.'