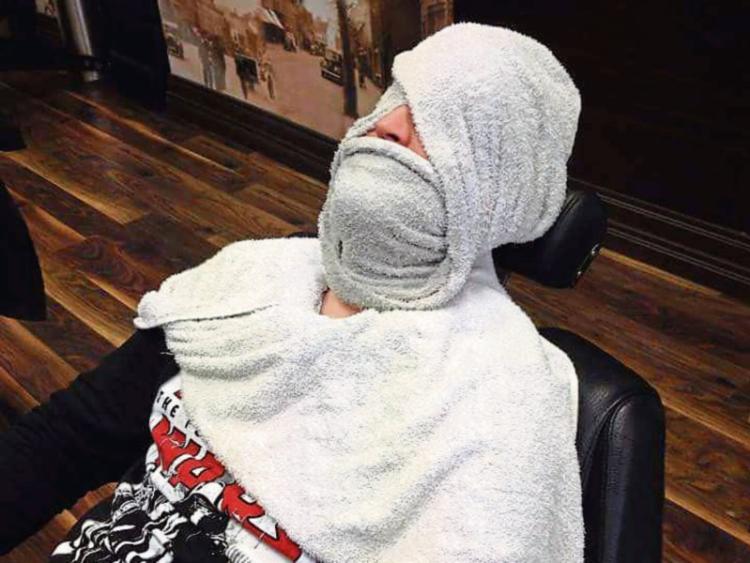 For as long as I can remember I have wanted to grow and maintain a moustache.

Long before the recent return to trend of facial hair - though more specifically beards - it's something that I have aspired to.

If you pushed me to what got me into moustaches, I'd probably put it down to the influence of British decathlete Daly Thompson in the late 1980s. The double Olympian had a quality moustache and he cut a fine figure racing down the track in the 100m.

My obsession with this form of facial hair then lead to me penciling a moustache on Superman (another childhood icon). Interestingly, in my version I adorned the moustache over the bridge of the nose when I drew the superhero. I don't know why.

This 'thing' would ultimately lead - as I'm often reminded by family members - to remarking once 'I love that man' when a moustached man walked past me where I was standing at a wedding. I was six.

Now that I'm 33 I'm able to grow my own moustache. This week I got a cut throat razor shave at the hands of Ciaran Donnelly in 'The Barber Shop'. A really enjoyable experience and I'd highly recommend it. Having a couple of weeks of beard growth I asked him to shave in a moustache (see the profile picture and the process on the right ).

Basically having a moustache is who I feel like on the inside, but sadly most people find it very hard to accept. Men think it's a bit of a laugh and presume it's ironic, while women think it's sleezy and makes me look like a pervert.

There has been a sea-change of sorts in relation to facial hair, and it'sincreasingly more accepted. That said while beards are fine, moustaches are still only worn by out-and-out hipsters, a clan I don't belong to or indeed aspire to.

I just want to have a moustache.

Ultimately however, I've been told by my partner that either it goes or she goes, so I've reluctantly shaved it off. But maybe one day in a more tolerant Ireland I will be able to wear one once again.