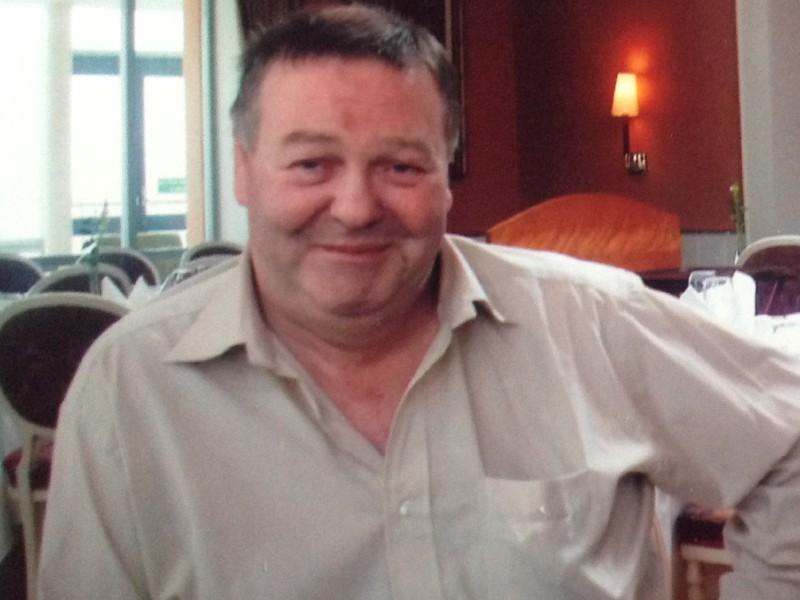 Seamus Kerr who died suddenly on December 24, 2019, was the son of the late Jim and Briege Kerr of Park Street, Dundalk and was well known throughout his life for his sense of humour, his banter and his love of sport, especially Dundalk FC and Birmingham City.

Called Seamie by many he was originally from the Dublin Road, moved to Stapleton Place in his schoolboy years and then the family moved to live in the Mascot in Park Street.

After he married his beloved wife Mary he went to live in Bay Estate.

He was educated at the CBS Dundalk, after which he began his working life in Louth Joinery Works as a clerical assistant.

He then worked in the family business in the Mascot newsagents. Having spent some time working in London he returned to begin working as a porter in the Louth Hospital before retiring in 2014 due to ill health.

Football was a major interest for Seamie and in his earlier days, he played for Hill Street in the street leagues resulting in him representing Gaels GFC at underage level.

He also played football with the Avenue Spurs and Saint Dominic’s.

Apart from football, he played schoolboy rugby in Dundalk rugby club and later, played squash there for a time.

He was particularly proud of being appointed Captain of the golf society for the 2007 season. Other interests of his included reading, quizzes and Sudoku.

Unfortunately, Seamus experienced serious illness over a prolonged period which he bore with dignity and good humour.

His sporting interests were hugely beneficial to him during this time as was the support of his friends, some of whom he had made right back to his schooldays.

The days when he travelled with his dad and brother to various venues to watch Dundalk FC were the source of great memories.

Seamus’ love for his wife Mary, daughter Rebecca and the extended family was a great source of comfort to him through his illness.

The passing of Seamus’ sisters Geraldine in 2012 and Mary in 2014 had a profound effect on him and made him more determined to fight his illness.

The cancer diagnosis in 2014 was a major setback but this too he battled and won, though the underlying medical condition remained. This made the suddenness of his passing on Christmas Eve all the more traumatic and unexpected.

His death has left a void within the family and they are so grateful to the emergency services and the staff of the Lourdes Hospital for all their assistance on the evening of his passing.

He is survived by his wife Mary, daughter Rebecca, brother Ronan and sister Muriel, sisters in law, brothers in law, nephews and nieces as well as a wide circle of close friends.

Having reposed at his residence his remains were taken to the Holy Family church for Requiem Mass celebrated by Father Frank Corry.

Family and friends assisted at the Mass in the readings and the presentation of gifts.

The beautiful music and singing was performed by Brendan McCourt on the organ and Ciara Casey, soloist. Afterwards, he was interred in Saint Mary’s cemetery Knockbridge.

The large attendance at the house and funeral together with the guard of honour at the church by Peadar’s Golf Society were a source of comfort to Seamus’ family and reflected the esteem in which he was held.

Seamus’ Months Mind will be held in the Holy Family Church at 11 a.m. on Sunday, January 26.