OBITUARY: Josie O’Rourke was known for her witty ways 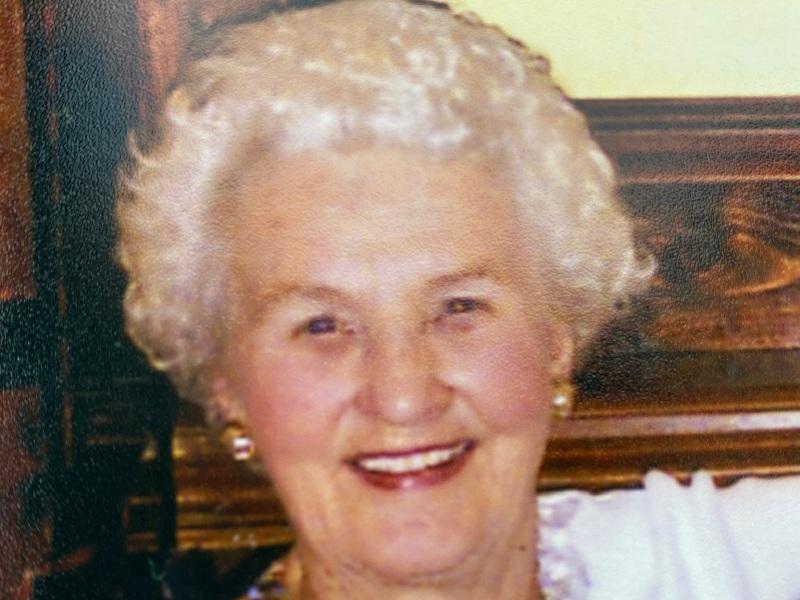 Josie O’Rourke was a lady who loved her family and enjoyed her long life.

She was possessed with a great sense of humour and the ability to make people smile with her witty personality.

She was the eldest and the last surviving of four siblings, being predeceased by her sisters, Sally and Esther and brother Patrick, along with her parents May and Joseph Hartigan.

She was born in Quay Street, but at a very young age her mother died and was reared then along with her two sisters by her granny Hartigan in Yorke Street.

She went to work in Hallidays shoe factory like many of her generation after finishing school.

She loved dancing as indeed she did a sing song. She was an accomplished dancer as was husband Dickie O’Rourke and it was through dancing that they met in the Hibs hall, a then popular dance venue in Jocelyn Street.

Dickie hailed from virtually round the corner, living in Chapel Street.

He worked on the railway for many years which brought him away from home.

The couple married in 1949 and lived for a short while with Josie’s grandmother.

They then obtained a house in the then new housing development in Fatima Drive, where they raised their two children Tom and Marie.

The couple were virtually inseparable, always going places together and shared a passion to enjoy life. Josie had a gift to enrich the life of others with her humour and wit, and had a heart of gold.

Her family were first and foremost in her life, and was adored by her grandchildren and great-grandchildren.

She was blessed with good health --- only in the last six months of a life spanning 93 years requiring full time care which she wonderfully received as resident of Cloverlodge Nursing Home, Athy, Co. Kildare. She passed away there on December 11 last.

After reposing at Mc Geoughs Funeral Home, Jocelyn Street on the Friday, Josie was removed to Saint Joseph’s Church, Castletown the next morning.

Other family members took part in the Mass, and a moving part was when granddaughter Jennifer read a poem written by another of Josie’s granddaughters Karen