OBITUARY: Mary Johnston volunteered at the Oxfam shop for 20 years 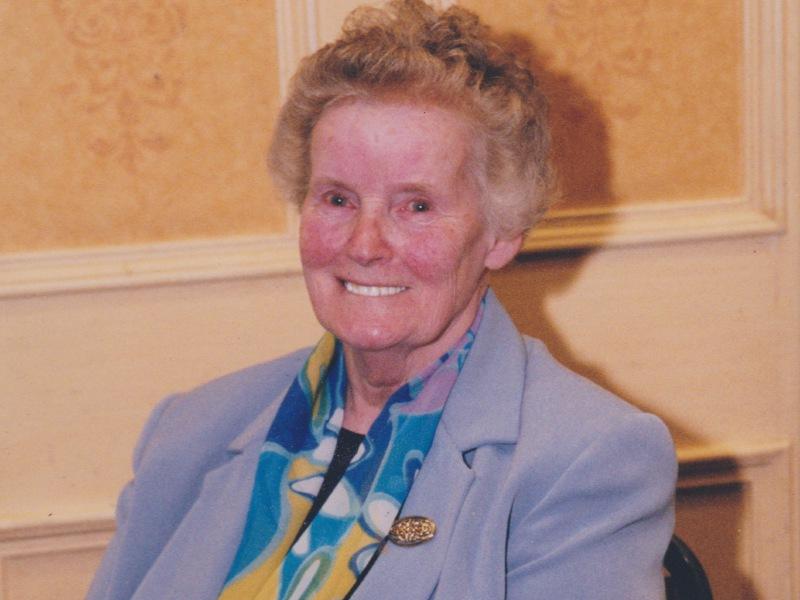 She was a twin and both infants weighed 2lbs at birth. There was real concern that they would not survive the night. The twins were wrapped in cotton wool to ensure their survival.

The actual date of their birth, whether it was March 19 or 20 will always be a mystery but their determination to survive and thrive despite their frail beginnings was established early.

Mary was the only daughter of Patrick and Theresa Duffy. At the time of her birth her father was a winding master and her mother a housewife.

She had six brothers and had a happy childhood in Drogheda. Mary left school at 14 and in time apprenticed in haberdashery.

She worked in Dublin for four years, a time and place she thoroughly enjoyed.

Mary loved clothes and had a great sense of style and colour, which she maintained until the end of her life.

On October 26, 1953 Mary married Owen Johnston and they lived in his family home in Ravensdale, Dundalk. They shared the home with her mother-in-law, Bessie Johnston, until Bessie’s death in 1957.

They had seven children, Barbara, Pat, David, Maurice, Colette, Owen and Mark who largely grew up in Ravensdale.

Mary and Owen and the older children had spent a number of years in Dublin when they went there to pursue work for Owen. Mary loved her time in Dublin and made some wonderful friends during that time.

On her return to Proleek, she adjusted to being a farmer’s wife and was no stranger to bringing in cows and the many chores associated with a large farming family.

In 1981, Owen died of heart disease. These were hard times for Mary but as always she showed perseverance, hard work and dignity.

After a number of years she began volunteering at Oxfam where she worked for approximately 20 years. There, again, she made good friends, helped many who came to the shop seeking clothing, books and toys and loved working on the window displays. It was an important part of her life for many years.

When her children were young she knitted many garments, most notably Aran sweaters and cardigans which were displayed in school photos.

The main venues for her friendships were the local bingo halls where she met her friends, shared a cup of tea and often came home with the main prize.

At times Mary had ill health but her resilience and inner strength persevered and she lived a long life.

She spent lots of time with them in Ireland and travelled frequently, into her mid 80s, to the UK and Canada. They all have fond memories of Granny Mary.

She had a memorable trip to Rome to visit her sister-in-law, Sister Catherine Johnston O.P.

Her sons-in-law, Ian and Phil and daughters-in-law, Jane, Anne, Eileen and Rosemary spent many warm times with her.

She had numerous close friends in Ravensdale and Dundalk. The four Marys, all neighbours, in Proleek, spent many afternoons filled with laughter and chat, tea and a few drams!

Mary’s last years were spent happily in Carlingford Nursing Home, where she received excellent care and was visited frequently by family and friends.

Mary’s death on April 1, 2019 was sudden and happened at the advanced age of 95. She had said at her birthday… “I am 95 today and I didn’t think I would be able to walk at my age. I must have done something right”.

This sentiment was placed on a star in the nursing home following her birthday celebration. Mary’s sense of justice and dignity were clear all her life as was her easy company and warmth.

Father Brian McCreesh celebrated all the ceremonies and the funeral Mass of Mary.