OBITUARY: Mary Jameson was a kind and witty lady 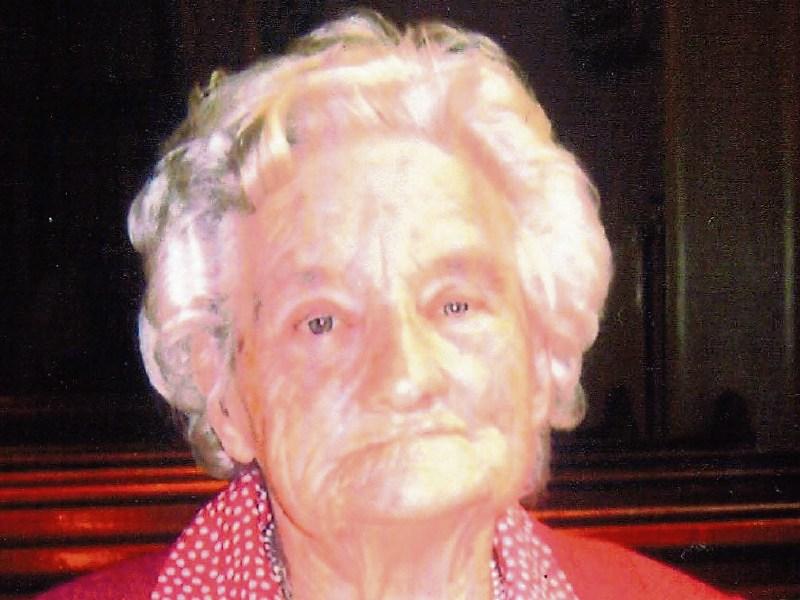 Mary Jameson died peacefully at her home on October 29 last after a long and healthy life, all of which she spent in her native parish of Ravensdale.

Daughter of the late Joe and Mary Ann McFarland, she grew up in Deerpark and upon her marriage to Daniel Jameson moved the short distance to his side of the parish to Dulargy where she lived for the rest of her days.

She was a kind and witty lady who had her own tough challenges not least that she was widowed early in her marriage, and left with her young son and daughter to rear.

She would never see anyone go short or hungry even if it was at her own expense, and always liked to engage in craic.

Her folk were farmers and she helped out on the family farm. Husband Dan also was a farmer.

Mary worked in the local Ravensdale linen factory after her school days.

She enjoyed knitting and reading newspapers, along with playing bingo, attending sessions in the parish at a younger stage in her life. Her other pastimes included a love of snooker and gaelic football which she followed on television and watched regularly.

Along with husband, Daniel, she was predeceased by her twin brother, Dominic, her other brother, Joe and sister, Annie and both her parents, Joe and Mary Ann

After reposing at home and then at Quinn's Funeral Home on Thursday morning, Mary was taken the next morning to Saint Mary’s Church, Ravensdale.

Gifts symbolising her life were laid before the altar by grandchildren, Charlie and Harry Gough, Kyla and Alfie Connor, Chloe Murphy and Daniel Jameson.

The Readings were read by Freddie Gough and Niamh Connor, while the Prayers of the Faithful were led by Alex Gough, Sinead Connor, Ciaran Connor, Lorraine Gough.

The Offertory gifts were presented by Mary Connor and Teresa Corrigan.

The music was provided by soloist Carmel Rice and organist Fidelma Bellew.

Mary was laid to rest in Calvary cemetery.