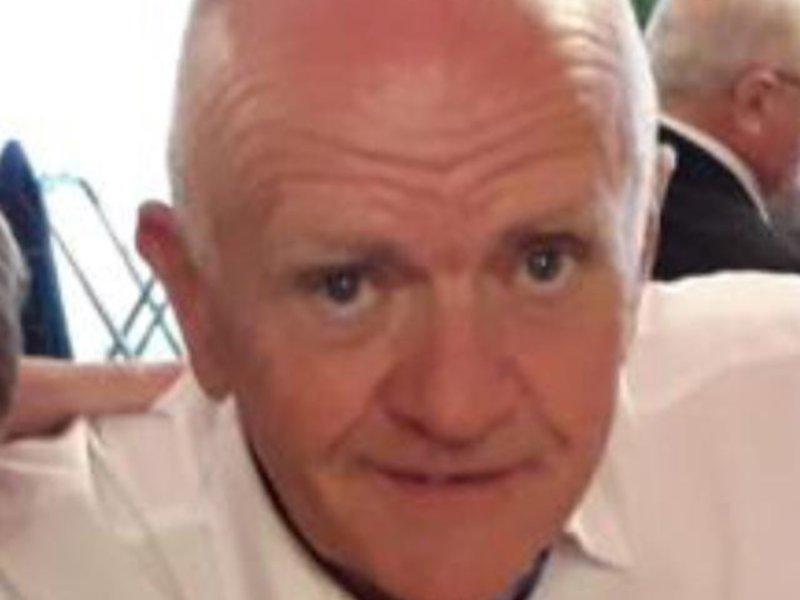 John Savage, who passed away on November 10th last, was a much-loved husband, father, brother and grandfather.

A dedicated family man, John lived life to the fullest and loved nothing more than having his family around him. He doted over his ten grandchildren who were pretty much a permanent fixture in John and Pat’s home in Blackrock.

John also forged many wonderful friendships over the years, some of which lasted a lifetime, and he could have the ‘craic’ with young or old.

John was born in Castledermot, Co Kildare in 1950 to John, who hailed from the Bush in Cooley, and Kathleen (nee O’Gorman) from nearby Johnstown. He had two sisters, Margaret (Harold) and Marian (Ronan). He was pre-deceased by his parents, John and Kathleen, and his grand-nephew Cian.

John’s formative years were dominated by sport and the Rolling Stones, and he also worked in his mother’s sweet shop adjacent to the family home. It was in Castledermot that John met the love of his life Pat (nee O’Byrne). They married in 1975 and had four children, Karen, John, Susan and Louise. After a short spell teaching, John took up a position in the Bank of Ireland and a long and distinguished career took him and his expanding family from Bagenalstown in Carlow; to Athy, in his native Kildare; to Rathfarnham in Dublin and eventually to Dundalk, settling in Blackrock.

During this time John’s career in the bank progressed steadily and he was highly respected in the local business community in the Dundalk area and beyond. In Dublin he worked ‘on audit’, a role that took him the length and breadth of the country.

The move north to Dundalk saw him take up the assistant manager position in the Clanbrassil Street branch, and he later transferred to Park Street as branch manager. He went on to become regional manager with responsibility for the northeast area, before retiring in 2007.

Educated in Castledermot National School and later in the CBS in Carlow, John was interested in all types of sport from a young age. Initially playing Gaelic football, soccer and a bit of snooker, golf and pitch & putt, he would later develop a passion for horse racing.

Having played mostly Gaelic football with Castledermot GFC and the CBS, John and a group of his friends spotted a gap in the market for a soccer team in the town, and so he became a co-founder of Castle Villa FC in 1969. Indeed, just weeks before his passing John attended the club’s 50th anniversary dinner dance in Carlow, where he got a terrific buzz from catching up with old friends and teammates and re-living former glories, on and off the pitch.

Regardless of where he was living, he supported the Kildare football team through thick and thin, the highlight of which was the county’s fairy-tale run to the All-Ireland final in 1998.

But John’s biggest sporting passion was horse racing. He enjoyed attending race meetings all over the country, and many a family holiday was scheduled to coincide with the Galway Festival. John ran horse ownership syndicates with friends and extended family and made many lasting friendships in the sport.

In later years, John loved to set off on daily walks around Blackrock, taking in a coffee on the main street. He also loved a game of cards, where the social aspect and craic was much more important to him than the game itself. He also enjoyed holidays in Portugal and weekends away at race meetings with his wife, Pat.

During a short illness John was cared for with great care and attention by the staff of both Our Lady of Lourdes Hospital in Drogheda and the Mater Hospital in Dublin, where he passed away on the morning of November 10th.

Fr Padraig Keenan performed a beautiful and fitting celebration of John’s life, symbols of which were brought to the altar by his grandchildren Katie, Issey, Sean, Lauren, Abby, Sadhbh, Ruby, Chloe, Harry and Darragh.

The readings were given by John’s niece Maeve and nephew Paul. The prayers of the faithful were led by Shane, David, Mary and Mark.

The Offertory Gifts were brought to the altar by John’s sisters, Margaret and Marian. The eulogy and reflections were delivered by his son John and daughter Susan.

Beautiful music was performed throughout the funeral Mass by Ann-Marie, Peter and Sinead.

Members of both Castle Villa FC and Rock Celtic FC performed a guard of honour.