OBITUARY: Pattie Sloan was a much-loved mother and grandmother 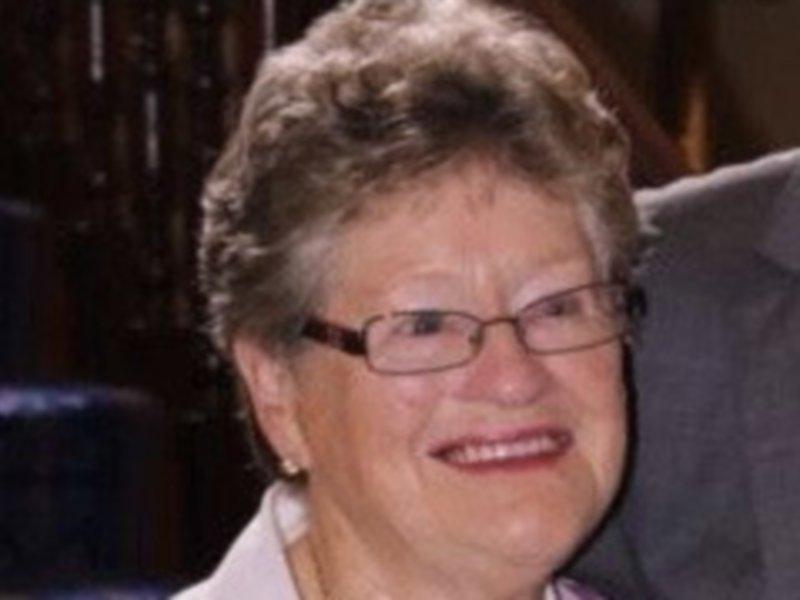 Patricia (Pattie) Sloan who died peacefully at Our Lady of Lourdes Hospital, Drogheda on September 27, was a much loved mother, grandmother and valued member of the community.

She was born on December 11, 1931, the only child of Garda Sergeant Frank and Josephine O’Rourke.

Her early years were spent in Mullingar and Drogheda, and after the death of her mother, she came to live with her aunt Aileen Smith in Dundalk when she was five years of age.

Pattie attended the Friary Girls School and Saint Vincent’s Secondary School before going to work in a solicitor’s office in Drogheda. She subsequently joined the staff of Clark’s shoe manufacturers in Dundalk, where she worked as secretary for Alan Gray.

She married Gerard Sloan on June 28, 1956, and they lived over the family-owned Century Bar, Roden Place, for a number of years before moving to Marian Park and then Castle Road, eventually settling in Park Drive.

They had five children and nine grandchildren.

Pattie was a warm and friendly lady, who devoted herself to raising her family and also contributing to the local community through her voluntary work. Her home was always a welcoming place for family and friends.

She was a member of the Dundalk ICA Guild for many years and was accomplished at needlework, making her daughters’ communion, confirmation and Debs dresses, and she continued to crochet up until she was hospitalized earlier this year.

Pattie was involved in the setting up of the Dundalk Social Services Council, serving as treasurer up until her death.

She also worked as a volunteer in the Citizens Information Centre in Clanbrassil Street and later when the office moved to the Long Walk. Along with her husband Gerard, she was a stalwart of Dundalk Meals on Wheels, and helped out with the Church Gate Collections up until just a year or two ago. She carried out fundraising for The Arch Club.

A very stylish and sociable lady, she enjoyed meeting her friends for coffee, playing cards, especially Bridge, and took a keen interest in current affairs.

She enjoyed seeing life through the young eyes of her grandchildren, who were always assured of a warm welcome and a treat when they called to visit.

Her remains were removed from her home to Saint Fursey’s Church, Haggardstown, and her funeral took place after 11am Mass on Monday September 30. Father Padraig Keenan PP celebrated the Mass, assisted by Father Peter McKenna and Father Macieg Zacherek.

Gifts symbolizing her life were brought to the altar by Philip, Josephine, Aaron and Shane Murphy.

Sons Brian and Peter read the readings and the offertory gifts were taken to the altar by daughter Mary and son Paul. The prayers of the faithful were read by grandsons Diarmuid and Ciaran, daughters-in-law Katherina and Patricia, son David and Mary’s partner Ross. Daughters Josephine and Mary delivered the eulogy.

Sean O’Neill was the singer and Brendan McCourt the organist during the ceremony.