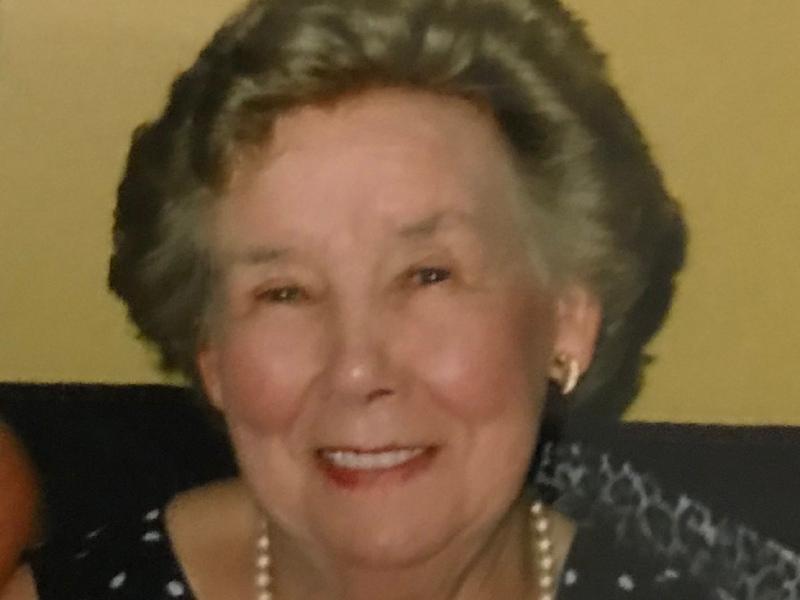 Mary O’Brien of Saint Joseph’s Park was born reared and lived her entire life stretching to 93 years in the close-knit Quay community of town.

She was devoted to her family, and was a lady of strong faith, who dedicated much of her time to the Redemptorist Church, which was like a second home to her.

She spent twenty years in the former Ecco electronics plant where she was one of the first female workers employed and acted as a union shop steward there.

She had a wide circle of friends throughout her working career and involvement in the Redemptorist Church and was known for her constant good humour, always sharing laughs and jokes. She had the capacity to impart that good humour and lift the spirits of those she met.

She was an only child of the late Paddy and Bessie Mulligan, and was only six months old when her mother died. Hee mother’s sister May Waite took over her upbringing during which she attended the nearby Convent school.

At 14 she left school and entered the workplace in the local Halliday shoe factory.

She met with Patrick (Sonny) O’Brien who hailed from Quay Street and worked for CIE.

Marriage resulted and Mary remained in her beloved Quay community. The couple had six children, comprised of two daughters, Geraldine and Ann and four sons, John, Martin, Pat and Barry whom she cared for with great love and devotion. Sadly, John and Ann died in infancy.

She was very fond of the local football clubs, Sean O’Mahonys and Quay Celtic , in which her sons played a big part as players and in the role of administrators. She lent her support going to games when her sons were schoolboy players.

Her religion was the cornerstone of her life, and her observance found practical expression through her voluntary work within the Redemptorist. She was also an active member of the local Bethany House of Prayer.

She enjoyed watching television and reading when she took time to relax.

She passed away peacefully at her home on October 18. She was predeceased by husband Sonny in 2011 and their twins John and Ann in 1955.

After reposing at home from Saturday, Mary was taken on Monday morning to Saint Joseph’s Redemptorist Church for funeral Mass. The celebrant was Father Derek Ryan CSsR who delivered the homily.

The Offertory gifts and symbols of her life were presented at the altar by daughter, Geraldine, daughter-in-law, Mary and niece, Loretta.

The Readings were given by daughters-in-law, Angela and Margaret. Her grandchildren, Laura, Niamh, Claire, Aoife and Elaine led the Prayers of the Faithful. Son, Pat read a reflection. The music was provided by organist, Olivia Finnegan and singers, Roisin and Eibhlin Crawley