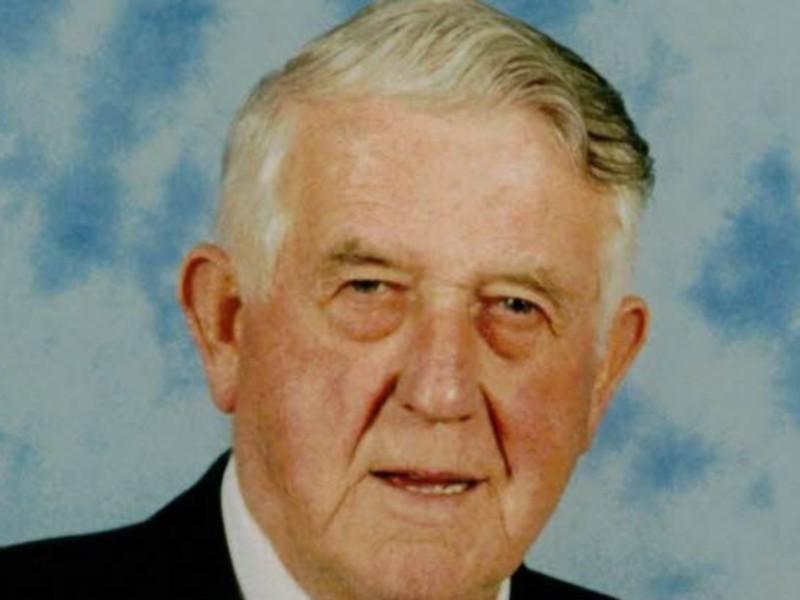 Pete O’Hanlon who died in his 92nd year loved the outdoors where he spent his working career engaging in various jobs and enjoyed dancing and watching Gaelic football in his spare time.

From Lordship he was the last surviving of seven siblings, and resided for the last four decades in Dundalk in Woodview Terrace where he and his late wife Maura of 61 years moved to live.

Pete started work at a young age after his school days.

His life was for the most part in the open air by virtue of his different occupations which included working with builders and on farms and delivering milk.

He also engaged in cutting turf on the local mountains, and was always out and about.

His last job was with Dundalk Quarries as a lorry loader from which he retired 20 years ago.

In his younger years he was a keen follower of his local GAA club Saint Patrick’s.

When his grandson Craig started to play for Clan na Gael he then went to watch matches in which he was involved.

He was blessed with good health and was fit and active all his life.

He was driving until he was 90, and afterwards still loved to go out for a daily spin with his daughter Tina.

He was always occupied and could turn his hand to do anything for anybody.

He was always there for everybody and very helpful and always in good form. He could be relied upon to offer good advice.

He loved ballroom dancing, a hobby he enjoyed with wife Maura (nee Markey) going to different local venues like the Lisdoo Arms and Kilkerley.

Maura hailed from Hill Street in town, and met with Pete through his sister.

Maura passed away four years ago and Pete visited her grave regularly, which entailed trips out to and back from Cooley through which he became known to local motorists with his careful driving.

Along with wife Maura, Pete was predeceased by his sisters, Maggie, May, Eileen, Christina and brothers, Paddy and Vincey.

He reposed at the residence of his daughter at Woodview Terrace prior to being removed on the following Friday to the Church of the Holy Redeemer.

The funeral Mass was celebrated by Father Padraig Keenan PP Haggardstown and Blackrock, who delivered the eulogy.

Symbols of Pete’s life, including a family photograph, his walking stick and cap, a piece of turf, two packets of mints and a tilley lamp were laid before the altar.

These were brought up by his grandchildren, Kevin and Craig, his nephew’s wife Tracey and Margaret and Martin Long. Their significance in Pete’s life was explained by Carol, wife of his grandson Kevin.

The Readings were given by grandson, Kevin and grandniece Aileen Byrne.

The Prayers of the Faithful were led by grandchildren, Kevin and Paul, grand nephew, Brian Byrne and nephew Chris Haigh.

The Offertory gifts were presented by daughter, Tina and son-in-law Declan.

A reflection was provided by Carol.

The beautiful music and singing was provided by Olivia Finnegan on the organ and singers, grand-nieces Roisin and Evelyn Crawley.

Pete was laid to rest in Lordship Cemetery.