OBITUARY: Maureen Connolly’s family was central to her long and active life 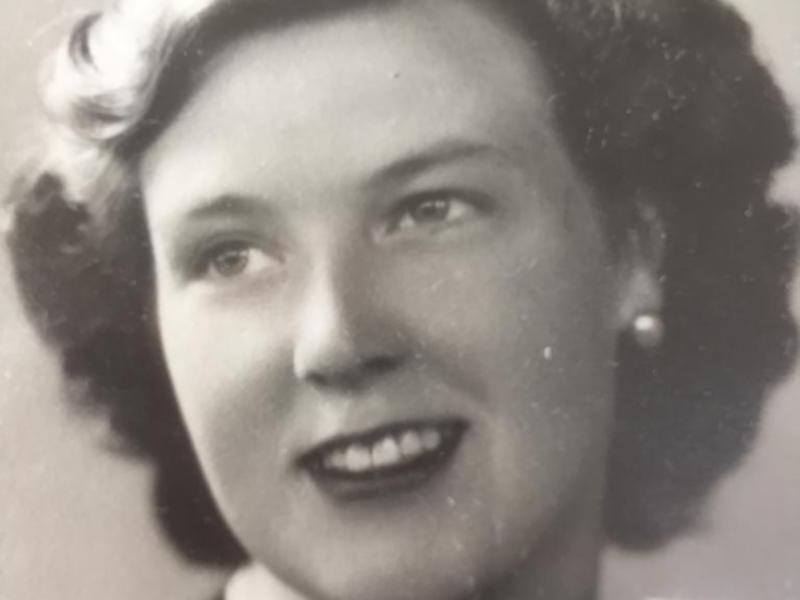 Maureen Connolly of Point Road, Dundalk was a lady who lived a long, active and fulfilled life, central to which was her husband and family.

She was a keen gardener and gifted hand writer with a love for music and travel - which she indulged especially at the latter end of her life. It brought her to far flung parts of the globe.

She was born in Liverpool, the first child of seven of James and Lucy Mulholland. Her father from Dundalk had emigrated to England in search of work.

He had been actively involved in the War of Independence and Civil War during which he was interned; went on hunger strike and was within a couple of days of being executed, a fate suffered by friends and fellow volunteers.

He met his wife when he moved to Liverpool.

At the age of two Maureen was taken by her parents to live in McSwiney Street, Dundalk. Her father was a master plasterer for whose services there was a waiting time of up to a year.

He carried out work on big houses and churches, with the Marist Church among the local buildings on which he worked, along with the Adelphi. Growing up Maureen attended several schools. She spent an idyllic ten years living in Dublin with her grandmother and two uncles. She retained very fond memories of that period and still spoke about it late in her life. She returned to Dundalk, and met with Paul Connolly from Saint Alphonsus Villas, a noted singer who sang on the Redemptorist choir, and performed at weddings and funerals and in a lot of concerts in the town hall.

The couple married in December 1948 and they had seven children. They set up home first in Mill Street before moving the short distance to the Point Road in 1961 and settled there.

Rearing her children and looking after the family home kept Maureen very busy.

She was a wonderful mother and cook, who provided her family with lovely memories of Christmas and birthdays with the meals that she prepared and served.

In later years when the children were able to care for themselves, Maureen worked for a time in Thermo King, makers of polystyrene cups, and was employed for a few years in the local Weyenberg shoe factory. She loved reading, for which she had a voracious appetite going through a large volume of books in her time. She was a beautiful exponent of the craft of hand writing, and was also like those of her generation a faultless speller, with never a word mis-spelt in her writing. Gardening was a great hobby for her , loving to grow roses and other flowers and spend the day in her garden. Music also was a big part of her life. She loved the music of Polish composer and virtuoso pianist Chopin. She also liked more modern music, with Glenn Miller a favourite and his Chattanooga Choo Choo was her party piece.

For her era she travelled a lot, and with more free time as the years passed indulged that pleasure. Trips to the seaside like Blackrock were made when the family were young and also to Dublin. Maureen later spread her wings to visit Tenerife and was several times in America and Canada. Among the other foreign destinations she travelled to were Paris, Majorca and Tunisia.

She loved Portugal and when most would be putting up their feet headed to Africa and Zambia to visit her son Paul and daughter Loretto,

She passed away in the love and tender care of Dealgan House Nursing Home on Thursday, September 26 last. She was predeceased by her husband Paul in 2003, and also by her son, Kevin in 2018.

She will be sadly missed by her loving daughter, Loretto Byrne, sons, Paul, Brendan, Ciarán, Niall and Barry, sister, Marion Carroll, son-in-law, Jervis, daughters-in-law, Fidelma and Julia, grandchildren, great-grandchildren, brothers and sisters in-law, nephews, nieces, extended family, relatives, friends and neighbours. She reposed at Shevlin's Funeral Home, Barrack Street on the Friday, before being removed the next morning to Saint Joseph's Redemptorist Church. Father Dick Delahunty CSsR celebrated the funeral Mass, and gave the eulogy Her grandchildren led the Prayers of the Faithful. Among the gifts presented at the altar were books, CDs and DVDs, reflecting Maureen’s love of books, music and great films. The music was provided by organist Trevor Clarke and singer, Marita Byrne, a family relative.