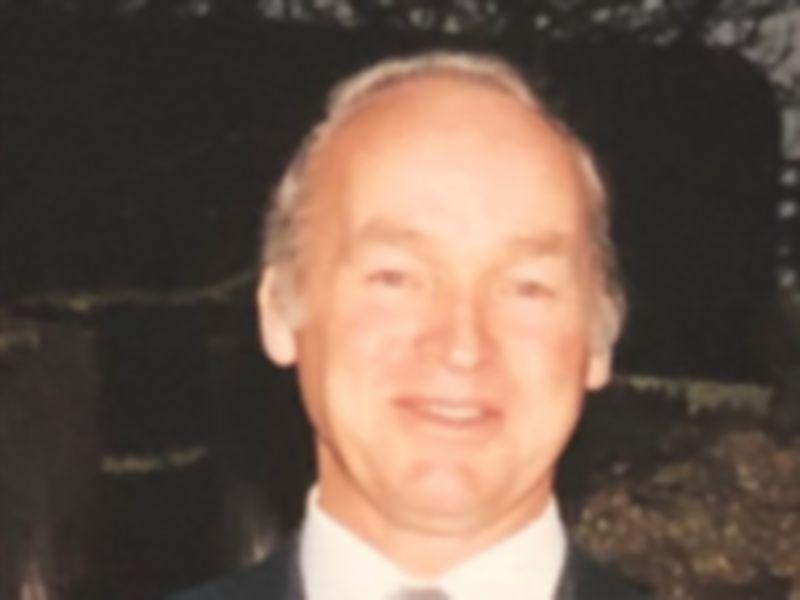 Laurence J (Larry) Conneely who died on September 13 last was a distinguished engineer who moved to Dundalk through his profession from his native Galway and made a noted mark in his career and as a sportsman who especially loved golf and soccer.

He was held with the highest esteem by all who were privileged to know him as a man who was the essence of a gentleman, noted for his integrity, reserved and private nature.

He was involved in some of the biggest public work schemes in the county, prime among which was the upgrade of Dundalk’s water supply with water from Lake Muckno, County Monaghan, ending years of water shortages.

Laurence was born in South Park in Galway city on March 14, 1933. He and his twin sister, Anna, were the youngest of eight children. He went to primary school in Lombard Street and secondary in Saint Joseph’s (The Bish) in the city and then to UCG , where he studied engineering, graduating in the mid 50s.

On his graduation, he took up work with Patrick J Tobin & Company in Galway and worked there for almost three years.

He was employed by Louth County Council from 1956 to 1958 on the waterworks scheme for Drogheda, and he joined up with Tobins again in 1959 and was sent to establish their Dundalk office in 1964.

He worked with Tobins on various public works schemes for the remainder of his career. One of these schemes was the Fane River Augmentation scheme for Dundalk, which was completed in 1991.

From an early age he played soccer with local teams in the Claddagh area, but his career in the game really blossomed at UCG, where he was a noted member of the Collingwood Cup team, which led to his selection to play for the Irish Universities team in a number of games.

He also won a number of International caps at junior level, and played junior soccer in Dundalk for several years, being a key forward with the highly successful Ballybarrack club in the Summer League.

His talent attracted the interest of Manchester United and he was offered a trial at Old Trafford, but declined to pursue his career. He retained a life-long interest in soccer, and was a keen supporter of Derby County by virtue of his wife Doreen who was born in Derby and was a huge fan of her local club.

The other great sporting passion of his was golf. He played regularly at Dundalk Golf Club which is just down the road from his home on Rock Road, Blackrock, forming a regular four-ball with his close friends Martin Gallagher, Pat Hallahan and Noel Grimes who predeceased him.

The quartet played together for many years , and Larry as he was known to members and friends, along with Pat, both filled the role of club captain. They both were much involved in the running of the club on the council and generously lent their engineering expertise along with Martin to the development and improvement of the course.

As well as being captain in 1978, Larry also served as President in the club’s Centenary Year in 2005.

Larry was a member of the committee that oversaw the extension of the course, turning it into a championship standard lay-out that opened in 1980.

He was an accomplished golfer who played off a single figure handicap for most of his years playing the game. He represented the club in various inter club competitions open to him and was twice a winner of the Provincial Towns singles matchplay in 1982 and two years later. He also was a doughty competitor representing the club in the Barton Cup and Jimmy Bruen foursomes events. He also filled the role of team selector and co-ordinator.

He won the two most sought after club honours, the Captain’s Prize and Club singles matchplay title, and derived great enjoyment from the annual trips to Scotland and in Ireland with England, Portugal and France thrown in different years with friends who adopted the name the Eagles.

Due to his failing health, Laurence was admitted in December 2018 to the Abbey Nursing Home in Blackrock, where he passed away.

Laurence was pre-deceased by his wife, Doreen in 2015. He is survived by his sister, Gretta Ó Siochrú, Dingle, County Kerry and numerous nephews, nieces and friends.

A large contingent of former Golf Club officers who served as captain provided a guard of honour at his funeral Mass in Saint Fursey’s Church, Haggardstown on September 16. He was interred in Bohernabreena, County Dublin.