OBITUARY: Christy Woods had a love of sport and played soccer locally 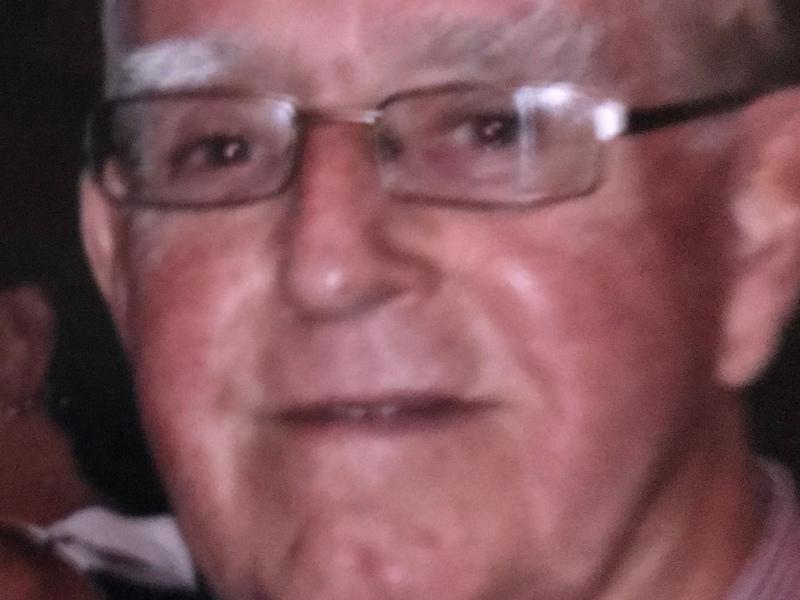 Christy was the last surviving member of a family of six , whose father James and fellow pilot John Lambe drowned while lighting the river lights on the Navvy bank. Christy was a year-old when the tragedy occurred on February 10, 1936, leaving his mother Kathleen to raise two sons and four daughters.

The family home was in Saint Gerard’s Square and school for Christy was in the Christian Brothers. In his early teens he went to work in the town’s then thriving shoe industry, where his future wife Maura McGuirk who was born in Lisdoo and reared in O’Hanlon Park worked in the same factory.

A quirk of fate brought them together as Christy stopped to fix Maura’s bicycle and love blossomed from there, and led to marriage on a snowy Saint Stephen’s Day, and lasted practically 60 years.

Christy was employed in Rawson’s until it was destroyed by fire in August 1967 leading to the loss of 500 jobs.

In those bleak days for employment Christy’s demonstrated his aptitude for and willingness to work to support his wife and bring up their family. These qualities remained with him throughout his long and active life.

He took on whatever work he could find, such as working on farms picking potatoes and travelled all over the country to work as a labourer. He proudly worked on the then new PJ Carrolls factory on the Dublin Road which now is incorporated into DKIT.

He and Maura set up home in O’Hanlon Park where they spent all of their married life. They enjoyed dancing in their younger years, frequenting the then popular venues of the Hibs hall in Jocelyn Street and Town hall and the Adelphi when the showband era was in full swing and the like of Dickie Rock and Sonny Knowles were entertainers in demand.

Christy loved the showbands and the singing of Joseph Locke, and was fond of country music with Daniel O’Donnell a favourite singer of his.

He had a love of sport as a player and a follower of soccer, and enjoyed watching other sport on television including rugby when Ireland were playing, as well as the big highlights of the horse racing season.

He turned out with local club Saint Patrick’s in the local junior league, and attended Dundalk games and in latter times went to the cup finals. He was looking forward to going to the decider with Shamrocks Rovers on November 3.

He was also an avid Manchester supporter, and any opportunity he went to see The Reds play at Old Trafford. Fittingly Glory, Glory Man United was played as he was taken from the church for burial.

He was a daily walker with his dog and was well known from his rambles about the town, and there were quite a few that he met and shared time with judging by the numbers who turned up at his wake and funeral.

He enjoyed a drink and a sing song on a social night out with Maura and good friend John McMahon, and was known for his rendition of Eileen O’Grady.

A highlight for the couple was holidays within the country and in the sun in the like of Lanzarote and the Canaries. Christy liked to go off walking and take in the scenery and have a drink and engage in craic.

Along with sport he derived a lot of pleasure from watching County and Western programmes. Also he would endlessly view The Last of the Summer Wine comedy series.

His health sadly took a downward turn a few months ago, and his family are highly appreciative of the care that he received in hospital, especially from the Palliative Care team.

He was predeceased by two of his grandchildren, Megan and Keith

He reposed at his residence on the Tuesday and was removed the next morning to Saint Nicholas' Church for funeral Mass.

The celebrant was Father Maciej Zacharek CC who delivered the eulogy.

The Prayers of the Faithful were led by Paulina, Kim, Jordan, Saoirse, Aaron, Carlann, Keadie, Sean, Christopher and Alice

The Readings were given by Debbie and Martina.

The Offertory gifts were taken up by his grandchildren, Teagan and Grainne.

Grandson Peter read a touching poem, while the beautiful music was provided by organist Trevor Clarke and signer Lisa McGuinness.

Month’s Mind Mass is on Sunday, November 3 in Saint Nicholas Church at 12 noon.