OBITUARY: Brian McDonnell was loved by so many 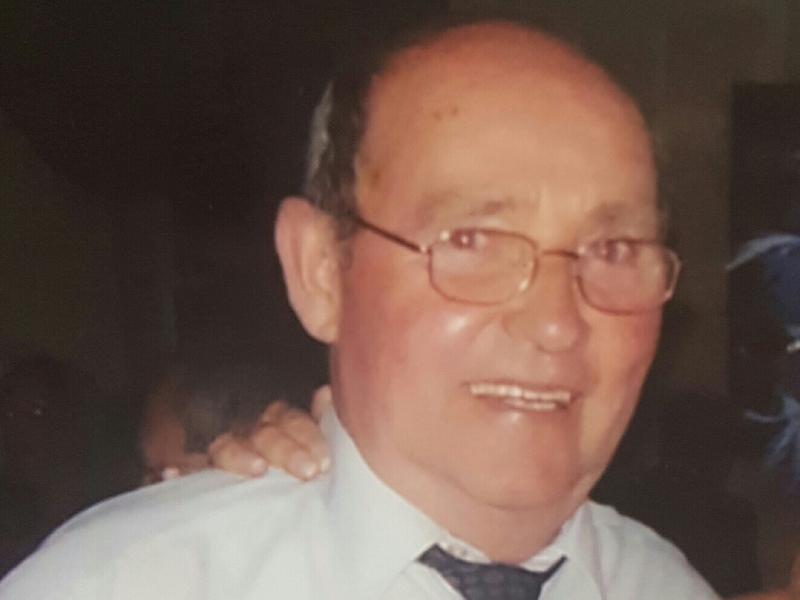 Brian McDonnell, Walterstown, Darver, passed away peacefully in the Louth County Hospital on July 7, 2019, surrounded by his family.

Aged 83, he had a very jovial personality and was well-known and loved by his family and his many friends.

Born on April 6, 1936 into a large family, Brian, like many others of his generation, emigrated to London in the early 1960s, before returning home, where he met his wife, Joan, and they married in 1971.

The couple initially set up home in Lurgangreen, Dublin Road while they built their home in Walterstown, where they lived since 1976.

Brian loved all sports and played corner forward on the Darver Volunteers team which won the 1956 Louth Junior Football Championship.

His love for Gaelic games continued throughout his lifetime and he was very active for many years with the local Saint Joseph’s club, who, upon his retirement from club duties, made him Honorary President, of which he was very proud.

He took immense pride in all the achievements of Saint Joseph’s GFC, particularly the fact that his two sons played on the victorious Louth Senior Championship-winning team of 1996.

He never missed the National Coursing meeting in Clonmel up until his most recent illness.

He was very well-known on the greyhound scene where he trained and raced dogs at many venues across Ireland for over 40 years.

Brian’s finest moments on the track were with ‘On the Dallyon’ and ‘Walterstown Miss’ and more recently, along with his son Paul, ‘Cherry Hill’ and ‘Lively Whisper’.

Brian was undoubtedly a community man and was heavily involved in promoting and enhancing the area where he was born and lived.

In addition to volunteering with his local GAA club, he served for many years on local committees, including Darver Community Centre and Darver Group Water scheme.

Brian worked as a painter and decorator while he was in London, and he continued this path on his return to Ireland where he worked in the Louth County Hospital.

In the mid 1980s he changed careers and worked as a Fisheries Inspector for the Eastern Regional Fisheries Board until his retirement.

Brian came from a large and close family and was a very committed husband and father.

Married to Joan for 48 years, they had three children, Seán, Paul and Lucy, and four grandchildren.

In recent times, Brian’s health had deteriorated and he was looked after dearly by his wife Joan with weekly day-trips to the Birches in Dundalk.

His positive nature and his love of life never diminished, as he took great enjoyment from his devoted family and particularly his grandchildren whom he loved to entertain.

Brian was pre-deceased by his parents, Joseph and Lucy, brothers, sisters and other family members.

After reposing at his home, his remains were removed to Saint Michael’s Church, Darver where the funeral mass was celebrated by parish priest Father Pat McEnroe and Father Seán McArdle.

Saint Joseph’s GFC paid him a fitting tribute with club members lining up for a guard of honour.

Gifts symbolising Brian’s life were presented at the altar by his grandchildren, including a family photograph, his tweed hat, a greyhound trophy and a photograph of his 1956 Championship-winning team.

Readings were given by his daughter, Lucy and son, Seán, and prayers of the faithful were delivered by his four grandchildren.

The Offertory gifts were presented by his daughters-in-law, Patricia and Amanda.

A reflection after communion was given by his daughter, Lucy.