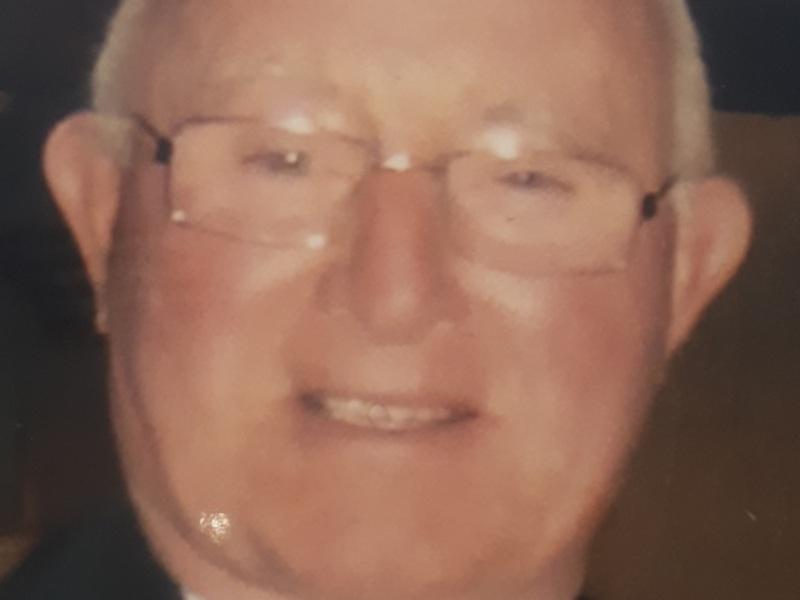 Tommy McGrory, “Windy Ridge”, Sea Road, Castlebellingham, who died at Our Lady of Lourdes Hospital on Sunday the 29th of September 2019, was very well known throughout the county because of his work and his involvement in sport and politics.

In his late teens Tommy worked with local publican, the late Sammy Conlon. He then worked at the building of Kay's factory in Kilsaran, followed by a short spell working in England. On his return to Ireland in the late 1950s he took over his father's insurance business with Irish Life. For some older people, he was considered a reliable source of advice on a broad range of topics. Tommy was involved with Fine Gael and was elected to Louth County Council in 1979 and served until 1991.

His interests also included Tidy Towns and TADCO through which he helped improve life in the communities of Castlebellingham, Kilsaran, Stabannon and Annagassan-Togher

Tommy was a great sportsman and equally loved playing Gaelic (O'Connells, Stabannon Parnells, Louth) and Soccer (Glyde Rovers, Dundalk B Team, Irish Life). Despite falling foul of the GAA ban, he went on to play with the O'Connells and later served as a selector and committee member. He was also a lifelong supporter of the Lilywhites and spent many wonderful evenings with his good friend John Hodgers and other pals, cheering on Dundalk in Oriel park and at away matches, as recently as August this year.

Fr. Anselm Emechebe, P.P Kilsaran, was assisted by Fr. Dan Carroll, P P Kilkenny (a friend of the family) at the funeral mass and burial on 2nd of October (Representatives of the O'Connells GFC and Fine Gael provided a Guard of Honour. Beautiful music was proved by local group Vintage. Family members carried up Tommy's gold pioneer pin, of which he was exceptionally proud, his Dundalk scarf and match programme, his Louth County Council Shield and a jigsaw puzzle.

Tommy's family are so appreciative of Dr. Hugh McCann and his team at the Mater Hospital whose skills helped to keep Tommy in good health for 30 years after a triple by-pass. That extra time gave Tommy and is wife Bernadette a chance to travel and the opportunity to welcome and spoil their grandchildren. The care Tommy received at Our Lady of Lourdes Hospital, Drogheda, during the last two weeks of his life was exceptional.

The work and attitude of the staff of the Coronary Care Unit, the Boyne West Unit and the Palliative Care Team were greatly appreciated by Bernadette and family.

Months mind mass for Tommy will be held in St. Mary's Church Kilsaran on Sunday the 27th of October at 11am

May Tommy rest in peace.