OBITUARY: Kathleen Tumilty spent all her life in Blackrock 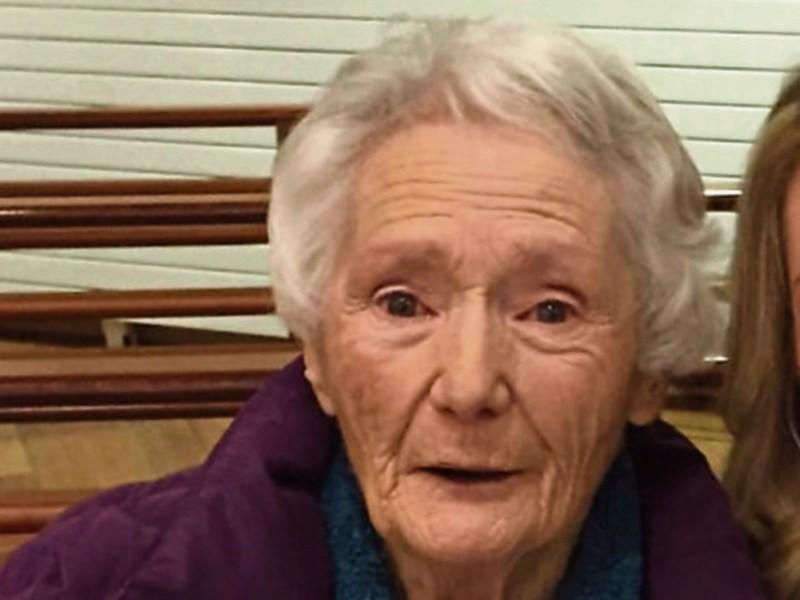 The youngest of three children, born to James and Rosaleen Logan (née Halpenny) she spent all her life in Blackrock, bar a short period when she and her late husband Dan resided in Belfast.

A self-confessed "home bird", she loved living in Blackrock. An abiding memory from her childhood was listening to the soothing sound of the waves against the sand as she went to sleep. No matter where she went on holiday, it wasn't long before that sound kept calling her back home.

For many years Kathleen worked as a clerk for the well-known bookmaker in Dundalk, Harry Barry. Her skill with figures was evident when it came to calculating the bets.

Even after retiring, Kathleen couldn't keep away from horse racing and loved to watch it on television. When family and friends would call to visit, a usual scene would be Kathleen with her head down, glasses on, reading the paper and studying form.

Gregarious in nature, Kathleen enjoyed spending time in the company of others. One of her passions in life was golf. She was an active member of Dundalk Golf Club for many years and was a former Lady Captain.

Indeed, it was at the club where she met her husband Dan, the love of her life. They were happily married for 35 years before his death in 2010. Another passion of Kathleen's was playing cards. She enjoyed playing poker, whist and bridge. She was a member of the Blackrock Bridge Club along with her husband Dan.

She had a deep faith, attending Mass on a daily basis. Kathleen displayed remarkable resilience, determination and patience in the face of illness. In her childhood she developed rheumatic fever, which was a contributing factor in the heart difficulties she endured in later life.

Those who knew her well knew her to be a woman of integrity. She was forthright, kind, compassionate and possessed a good sense of humour.

She was predeceased by her parents, James and Rosaleen, husband, Dan, sister, Marion, and her brother, John. She will be deeply mourned by her loving family and many friends.

The Readings and Prayers of Intercession were led by son, John and family members. A guard of honour was formed by former lady captains of Dundalk Golf Club.

Burial took place after Mass in Haggardstown Cemetery where there was a large gathering reflecting the genuine sympathy for Kathleen's family and the wide respect in which she was held.